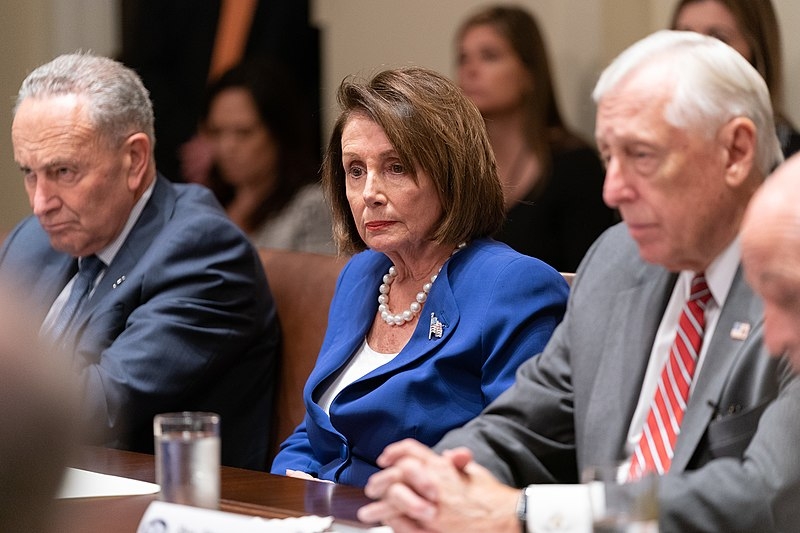 House Speaker Nancy Pelosi had previously promised to match campaign contributions by donors. However, recent filings have suggested that Pelosi’s campaign team has yet to shell out the money.

Pelosi’s campaign team sent 50 fundraising emails from January to March with a pledge that she would personally match campaign contributions to a certain multiple. Reports from a filing in the Federal Election Commission have shown that Pelosi has yet to donate personal funds to her campaign in the first quarter or at all. This comes as fundraising tactics by politicians are now under scrutiny.

To note, both political parties make use of donation-matching offers to persuade small-dollar donors. Not many say who is actually matching contributions and some pledges may require matches to exceed federal contribution limits. Federal law, however, allows candidates to provide unlimited sums to fund their campaigns.

Pelosi, given her net worth, should be able to match the funds offered by donors. In the fourth quarter of 2021, Pelosi’s campaign was able to raise over $4 million. More than half of the funds that were raised in the first quarter came from donations under $200. A spokesperson from Pelosi’s campaign has yet to comment on the recent reports.

A separate database of political emails by the Defending Democracy Together Institute revealed that Pelosi’s offers to match contributions by donors continued around last week.

Meanwhile, Pelosi’s office also pushed back on House Republican leader Kevin McCarthy, who alleged that the House Speaker turned a blind eye to the rising antisemitic attacks happening within the Democratic Party. This follows McCarthy’s statement supposedly condemning the antisemitic comments made by Georgia Republican Rep. Marjorie Taylor Greene. Greene had been likening wearing of masks and showing COVID-19 vaccine passports to what Jews had to go through during the Holocaust.

Pelosi’s office said that the House Speaker has always spoken out against antisemitism and antisemitic attacks for decades. They also pointed out McCarthy’s delayed condemnation of Greene’s antisemitic remarks, which only happened five days later.

“Leader McCarthy waited days to even issue a statement in response to one of his Members demeaning the Holocaust, and he clearly intends to continue to welcome Marjorie Taylor Greene in the GOP and shield her from any real consequence or accountability for antisemitism,” said the statement. “Leader McCarthy’s silence has spoken volumes about his allegiance to the most extreme elements of the GOP conference.”