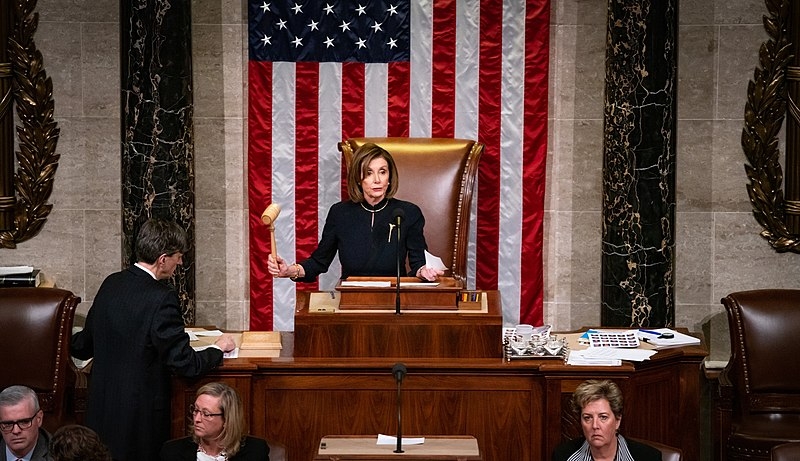 The Office of US House Speaker / Wikimedia Commons

Both chambers of the House and the Senate are still reeling from the aftermath of the Capitol insurrection last January 6. House Speaker Nancy Pelosi recently ripped into their Republican counterparts in Congress for their attempts to downplay or erase the occurrence of the riots.

Last week, during the weekly press conference, Pelosi slammed the House GOP for trying to deny what happened during the January 6 insurrection. During the joint session, a pro-Trump mob broke into the Capitol in an attempt to derail the certification of Joe Biden’s election victory over Donald Trump. It resulted in five people dead, including a Capitol Police officer at the hands of the rioters.

“Really? Really?” said the House Speaker. “I don’t know on a normal day around here when people are threatening to hang the vice president of the United States, or shoot the speaker in the forehead, or disrupt and injure so many police officers. I don’t consider that normal. Multiple people were killed,”

“It was beyond denial,” said Pelosi. “It fell into the range of sick.”

Pelosi was referencing a Wednesday hearing held by the House Oversight and Government Reform Committee. House Republicans tried to brush off the insurrection as a “normal tourist visit” around the Capitol, and that the rioters were “peaceful patriots” and that their lives were taken, not the other way around. Over 100 Capitol Police officers were left severely injured during the riots, with some committing suicide, adding up to the deaths that came from the insurrection.

Hundreds of the rioters were already identified and arrested by law enforcement in the days following the insurrection. Hours prior to the riots, they were attending a rally held by Trump and his allies. Trump was impeached for the second time on a bipartisan vote.

Meanwhile, despite new guidelines from the CDC relaxing mask-wearing, Pelosi has maintained that all members of Congress remain wearing masks on the premises. Pelosi was pressed on whether the House would now lift the mask mandate due to the new advice by the CDC. The House Speaker then replied if everyone in Congress was already vaccinated.

Brian Moynihan, the Attending Physician at the Capitol, verified Pelosi’s statement in a memo. The memo stated that the current mask requirement and other related guidelines remain in place until all members and staff have received their jabs.