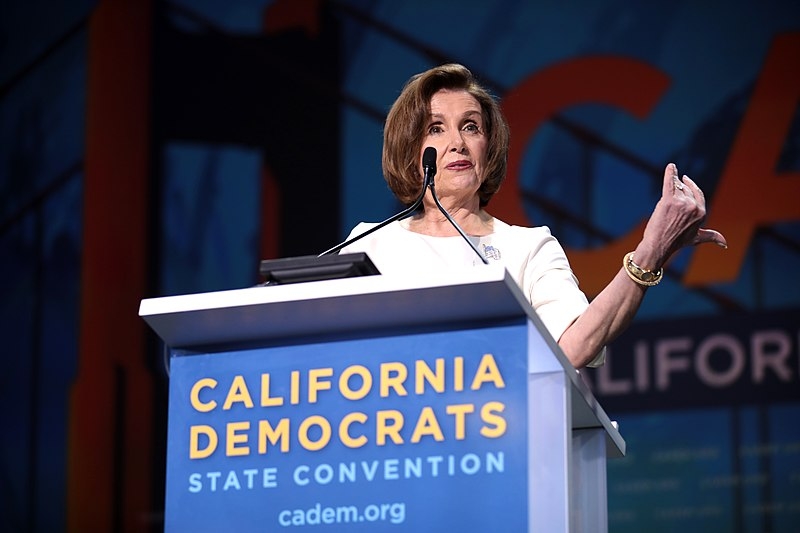 More details have surfaced regarding what was happening behind the scenes before, during, and after the Capitol insurrection last January 6. According to an upcoming book, House Speaker Nancy Pelosi wondered who was willing to stand up to the now-twice-impeached former president Donald Trump following the insurrection that occurred.

The upcoming book by journalists Bob Woodward and Robert Costa, “Peril,” revealed a conversation between Pelosi and Chairman of the Joint Chiefs of Staff Gen. Mark Milley over the phone two days after the Capitol insurrection. Pelosi wanted to know if there was anyone within the disgraced former president’s inner circle that was willing to stand up to him following the riots that killed five people and injured dozens of law enforcement officials.

“Is there anybody in charge at the White House who was doing anything but kissing his fat butt all over this?” Pelosi reportedly said to Milley.

“Is there any reason to think somebody, some voice of reason, could have weighed in with him?” Pelosi reportedly went on to say, according to the book. “So for this, we are very, very, affected by this,”

“This is not an accident. This is not something that you go, well, now that’s done, let’s go from there. Let’s move on. It ain’t that,” said Pelosi.

The Democratic House Speaker, who is also among those who are being targeted by the pro-Trump mob that stormed the Capitol, also said that Trump “traumatized the staff” and made an assault at the Capitol, noting that he is not going to get away with it. Trump was impeached for the second time for inciting the riots, having hosted a rally in DC hours prior.

In other news, Pelosi met with UK Prime Minister Boris Johnson this week as Johnson hosted the California Democrat in London. Both Pelosi and Johnson discussed relations between the US and UK especially during the evacuation efforts that occurred in Afghanistan and the recent announcement of the AUKUS defense alliance.

Pelosi and Johnson also agreed on the importance of addressing and combating climate change. Johnson stressed the importance of the upcoming COP26 Summit being a success along with the Northern Ireland Protocol and the UK’s concerns with its implementation.