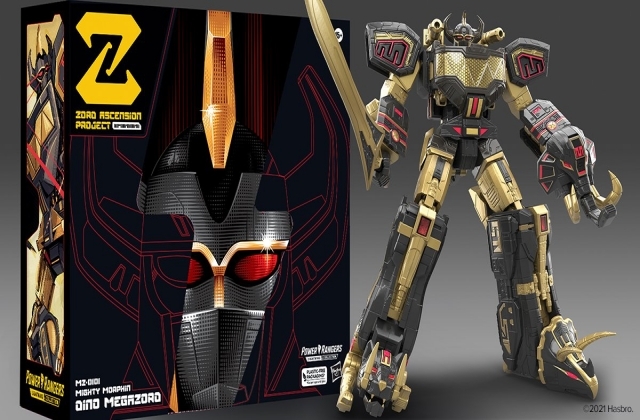 Hasbro’s first NFT launch will offer fans and collectors a chance to collect the special edition of the Power Rangers Megazord. Through its partnership with the WAX platform, enthusiasts are given easy access to the NFT space and digital assets. With this, fans can now expand their collection of Power Rangers and include blockchain-based collectible items.

As mentioned on Hypebeast, the Power Rangers NFT being offered by Hasbro is now up for sale at Hasbro Pulse and it will be available until supplies last. Buyers can also get a physical Hasbro special edition of the said collectible figure that was titled the “Lightning Collection Zord Ascension Project Special Edition Dino Megazord.”

Fans who hold a premium membership account at Hasbro Pulse will also be given the extra privilege of early access to the company’s products and other NFT drops in the future. It should be noted that if they are also interested in Hasbro NFTs, account holders must also have a WAX Cloud Wallet.

“We are thrilled to partner with WAX to offer Hasbro’s first-ever NFT collection with the Power Rangers franchise. The WAX platform gives fans an easy entry point into the world of NFTs and digital collectibles,” Hasbro Pulse’s vice president and general manager, Kwamina Crankson, said in a press release. “Now, fans will have the opportunity to expand their collections with a unique Power Rangers NFT, uniquely transacted through the blockchain that can be redeemed for a special edition Dino Megazord.”

Meanwhile, the Hasbro Power Rangers NFT was dropped on Sunday, Oct. 24, and it will be on the market as long as there are still copies of the Dino Megazord collectible. It was reported that account holders of WAX with a redeemable vIRL NFT will get a Redemption coin and this will be in their wallets by Nov. 1. They are given a chance to redeem the coin until Nov. 8 and it can be used to buy the Megazord Special Edition.