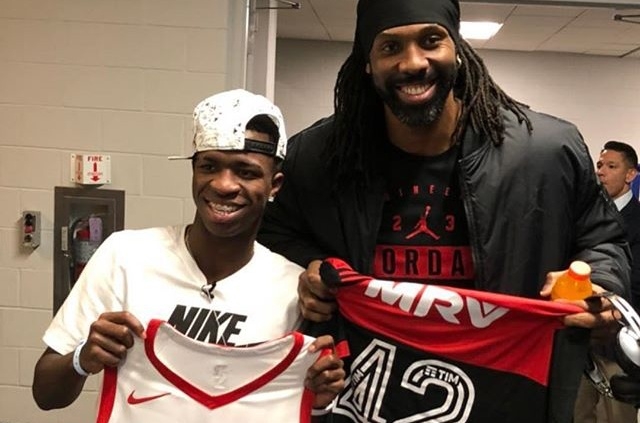 Nene Hilario, a veteran NBA player, and Houston Rockets center, is set to return for his 18th season in the pro-basketball league in North America. He has been playing for the team since 2016, which means that this season will be his third year if he will indeed sign a new deal.

The news came out today after Kelly Iko, Houston Rockets beat writer, revealed about Nene’s decision to re-sign with his team. The breaking news was posted on Sept. 4 via social media. “Free-agent big man Nene plans to resign with the Houston Rockets,” Iko announced via tweet.

Nene turns down his player option to be a free agent

According to Bleacher Report, it was reported by ESPN's Adrian Wojnarowski on June 29 that Nene Hilario turned down his player option amounting to $3.8 million to be a free agent. He decided to stick with the Rockets; thus, he may only get the minimal compensation for veteran players of a little over $2 million.

Hilario is a Brazilian who joined the Houston Rockets three years ago. In the three seasons, he was with the team, he averaged 6.8 points and 3.6 rebounds in 15.5 minutes per game. The 36-year-old is also said to be one of the advisers for the younger players when they are off the court.

Nene changed his mind to retire

There were rumors that Nene Hilario has been considering retirement already. It was said that he is planning to hang his jersey after the 17th season of the NBA, but he opted to play again for at least one more year, as per the Rockets Wire.

Prior to joining the Rockets, the Brazilian pro-ball player played for Denver Nuggets from 2002 to 2012, and these were his best years. He was the leading starter in the team, and in 2011, the Nuggets gave him a five-year extension contract worth more than $67 million. He also played for the Washington Wizards and eventually joined the Rockets when his contract expired.

Nene Hilario, although older now, is still tough in the court, so he is still expected to shine while assisting his younger teammates. It should be noted that he is the last NBA player from the 2002 draft class who is still active and playing.