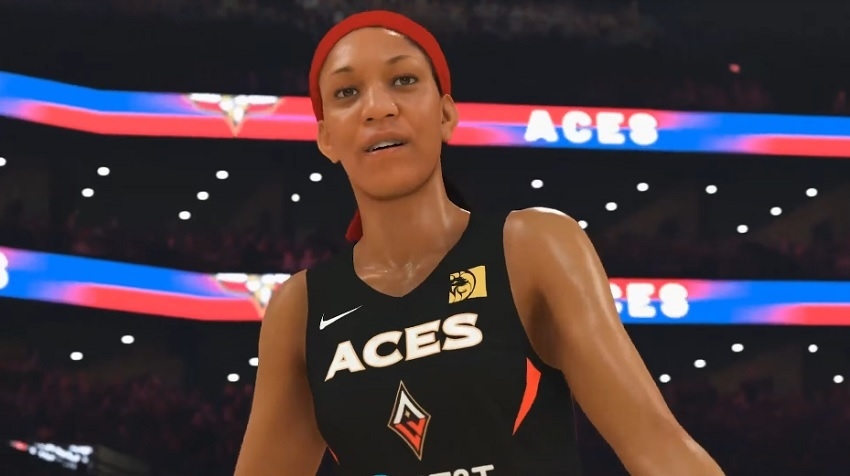 The month of July opened to the official announcement of “NBA 2K20.” The timing of the reveal was not much of a surprise, but the most exciting part of it was the confirmation that WNBA players are now officially part of the franchise.

The integration of WNBA to the “NBA 2K” franchise was marked by the inclusion of Las Vegas Aces power forward A’ja Wilson in the first 19-second teaser trailer of “NBA 2K20.” However, until now, 2K Games and developer Visual Concepts are still mum at the exact scope of WNBA’s inclusion in the game.

For now, basketball and gaming fans are left speculating at how the WNBA is going to be officially introduced in the “NBA 2K20” gameplay. Many are expecting that they would finally be allowed to make a MyPlayer based on their favorite WNBA athlete. But that is just one of the possibilities.

Last February, Atlanta Dream point guard Renee Montgomery also told fans on Twitter that she is going to be on “NBA 2K20.” But the list of WNBA players included in “NBA 2K20” is also a mystery for now. Aside from Wilson and Montgomery, there is almost no one else confirmed to be in this year’s iteration of “NBA 2K.

So far, 2K has only confirmed the top rankings of NBA players for “NBA 2K20,” but other gameplay details are still unknown such as this year’s story mode or whether developers will finally allow playing “My Career” offline.

The real-life NBA had a very interesting offseason with trade deals making season 2019-20 a season of power duos. Video game fans can only expect to have that hype be channeled into “NBA 2K20” as well. The game will be released in over a month, so developers are most likely going to release more informative teaser trailers along with the actual preview of (hopefully) improved graphics this year.

What 2K has already announced are the pre-order bundles and exclusive perks that fans can now purchase starting at $59.99. Los Angeles Lakers players Anthony Davis is going to be on the cover of the main game editions while the Legend Edition is graced by the image of newly-retired, former Miami Heat star Dwyane Wade.