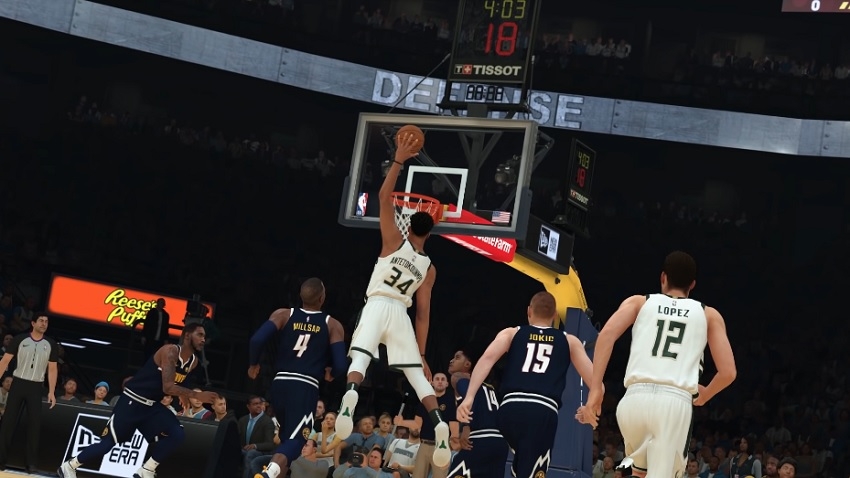 From the "NBA 2K19" Momentous Trailer | Photo by NBA 2K/YouTube

Aside from gameplay upgrades, basketball and gaming fans are also excited about who is going to be on the cover of the latest “NBA 2K” iteration. It seems like 2K Games does not have a rigid set of qualifications in the way it chooses a cover athlete. So while developers are mum on the details, speculations can go as far as considering an incoming rookie to be on the cover of “NBA 2K20.”

This year’s NBA draft took place a week ago and, just as most fans and basketball analysts have expected, former Duke University’s star player Zion Williamson landed the overall no. 1 pick. He will enter the pro league donning a New Orleans Pelicans jersey in October. What makes the NBA Draft 2019 a little bit more special than the previous years is the public’s excitement and media attention over the skills and performance of Williamson and the other top picks. So what are the chances of seeing him as the face of “NBA 2K20”?

If fans are going to base their predictions on the history of the franchise, it can be said there is a very small possibility for Williamson to land an “NBA 2K20” cover deal. However, 2K Games also needs to think about business strategies, and it appears that Williamson has what it takes to rack up the sales of the upcoming video game.

Williamson’s social media game is impressive, having over 3.7 million followers on Instagram as of this writing. Soon after being drafted, he and former Duke teammate and close friend RJ Barrett have already set the record for selling the most number of jerseys and clothing merch than all other rookies in NBA history. That is a big deal considering that they have not even played their first NBA game yet and it happened just a week after the draft. With millions of followers on social media and a proven ability to entice consumers to buy his merch, Williamson may have a chance to become “NBA 2K20’s” cover athlete.

However, this should be taken with a pinch of salt. Aside from Williamson’s rising NBA fame, the drama and hype that comes with the opening of the league’s free agency by the end of the month can also affect how 2K decides for the cover of “NBA 2K20.” But with the possibility of the game coming out in September, there is a chance that the developers have already decided who is going to be on the standard game’s cover.