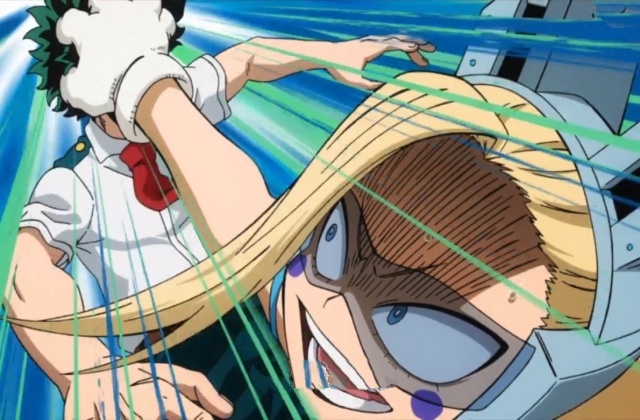 “My Hero Academia” chapter 297 will be released before the year ends as it goes on a short break for the holidays. The delay, though, is not that long, so fans could catch the next story early next year.

Fans are waiting for “My Hero Academia” chapter 297 as they are expecting a huge change after predicting the storyline. Many believe that the upcoming new story arc will give the plot a new direction, something that they are not expecting. Although they don’t exactly know where the story is heading, they are excited about the different paths the manga could take in terms of the plotline.

Spoilers - The preview on the next chapter

In the “My Hero Academia” chapter 297 preview that was leaked by a known anime info provider, Atsushi simply wrote “The worst is not over yet” on its Twitter. Just by reading this phrase, it can easily be assumed that fans will witness more heartbreaking scenes, and this probably means deaths within the Pro Heroes lineup or even on the side of the villains.

Apparently, the events will get worse in “My Hero Academia” chapter 297 following Midnight’s death and the injuries sustained by most of the heroes, including Endeavor. It will really get harder to see more damage since Dabi showed up and revealed to the world he is the Todoroki family’s eldest child that Endeavor got rid of.

It was predicted that with the revelations divulged to the public by Dabi, some of the heroes may be forced to leave since they have probably lost the trust of the people. They will never be respected anymore and may just resume their lives as normal citizens rather than one of those who help, protect, and save people.

Likewise, the war may be over in “My Hero Academia” chapter 297, and the aftermath would be devastating as teased. Who will survive and who will lose their lives is one of the things to watch out for in the next story.