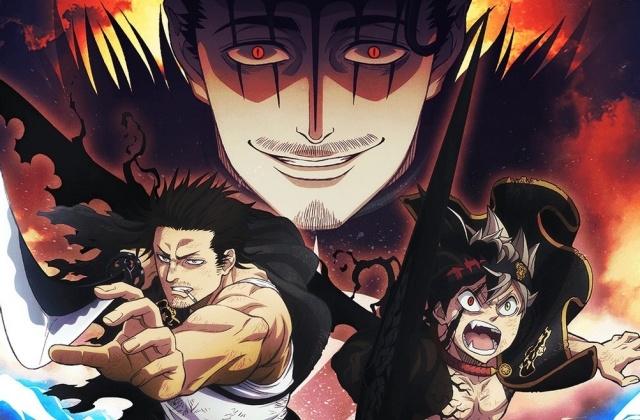 The “Black Clover” chapter 278 will be the second story for the year 2021. This is because the manga is on holiday break now and will resume in January.

The 277th chapter of “Black Clover” has yet to be released but based on predictions and leaks, Charlotte Roselei gains a new magical form called Red Rose, which is very similar to what Yuno has - the Spirit Dive Boreas. She is the captain of the Clover Kingdom's Blue Rose squad of the Magic Knights and also the human host of Charla, an elf.

With her new form, Charlotte can appear with her new abilities in “Black Clover,” chapter 278. She would be a big help in taking down the Dark Triad and the rest of the villains in the Spade Kingdom.

Also, Noelle is expected to arrive in “Black Clover” chapter 278, and surely, with the extra force, the Dark Triad members will have a hard time getting away. Perhaps, one of them will die, and it could be Dante who will continue his fight with Nacht.

Asta’s arrival after his training with Liebe and show his new magic techniques when fused with his demon. Asta’s opponent could be Zenon, but Noelle is certain to face Vanica since they have an unfinished business to settle too.

While chapter 277 is not yet available, leaked spoilers were already posted on Reddit. Some of the highlights prior to the possible events in “Black Clover” chapter 278 include Charlotte and Rill facing off with Vanica, and this could be a fight where Charlotte will showcase her new form.

Also, two Diamond Generals will join Vanica's dark group. These two were cursed by Megicula after their defeat.

In a flashback, Charlotte recalled that she was cursed during Heart training. She then realized what afflicted her could be a curse from Megicula, and Yami cured her.

“Black Clover” chapter 278 will be dropped on Jan. 17 as there will be a short break after releasing the first chapter of 2021. Fans can expect spoilers from the raw scans to arrive between Jan. 14 and 16. Readers can head to VIZ Media or MangaPlus to read this upcoming chapter.