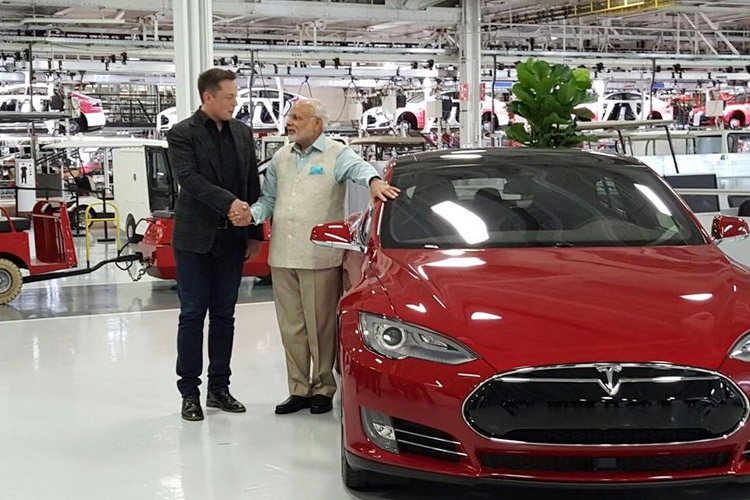 Musk describes as having the highest import duties in the world by far of any large country while pointing out that clean energy vehicles are treated the same as diesel or petrol, which is inconsistent with India's climate goals.

Tesla Inc. is "quite likely" to produce cars in India if it succeeds in selling its imported vehicles, helped by the reduction of import duties on electric cars from the 60 to 100 percent range to 40 percent.

The California-based car manufacturer has written to India’s transport and industry ministries requesting lower taxes on imports as it considers plans to expand into India.

Musk describes as having the highest import duties in the world by far of any large country while pointing out that clean energy vehicles are treated the same as diesel or petrol, which is inconsistent with India's climate goals.

Tesla is hopeful India will offer “at least a temporary tariff relief for electric vehicles.”

Electric vehicles just account for less than 1 percent of new passenger vehicles and two-wheeler sales in India, compared with about 5 percent in China, where Tesla set up its first factory outside of the US.

Factors like sparse charging infrastructure and high costs have limited the adoption of electric models.