How Technology is Affecting Employment and Jobs?

Technologies that will change Future of Business Communications

Technology That May Change Your Thinking About the Searches

How Finance Industry Has Changed Over the Years?

Mirae Asset Slapped with 4.39-B Won Fine for Unfair Transactions 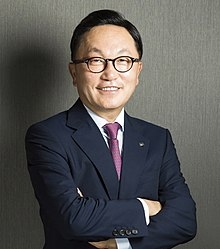 According to the Fair Trade Commission (FTC), the 43 billion won worth of unfair in-house deals between 2015 and 2017 consists of 29.7 billion going to Blue Mountain Country Club and Four Seasons Hotel pocketing 13.3 billion won.

The transactions allowed the group founder and chairman Park Hyeon-joo and his family to pocket profits.

Mirae Asset Consulting is unlisted with 48.63 percent owned by Park, 34.81 percent belonging to his children, and 8.43 percent to his other relatives.

However, it is unlikely that Park would face criminal charges.

Firstly, he didn't make an order for an intra-group transaction, according to director-general Chung Jin-wook of the FTC's business cooperation bureau. Furthermore, he wasn't referred to the prosecutor.