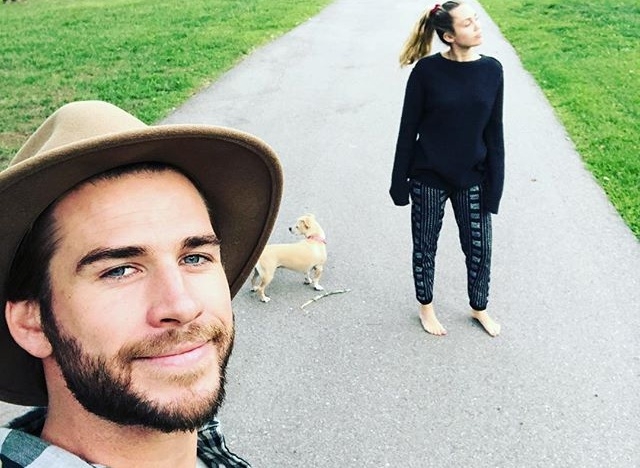 Miley Cyrus and Liam Hemsworth got married a day before Christmas last year and it was reported that the newlyweds want to start their family now. In fact, barely two months after tying the knot, the two are already preparing for their future family by thinking of names for their babies and other details!

As Us Weekly reported early this week, Miley Cyrus and Liam Hemsworth are not pregnant at the moment but they are seriously considering having their first baby soon so they can start their own family. It was alleged that this was disclosed by a source close to the couple so the news seems to be legit.

“Miley is not yet pregnant but does want to have a family with Liam,” the tipster told the magazine. “Miley and Liam say they felt married before their actual ceremony and Miley is so happy with her life right now. She is finishing up recording her next album and she and Liam couldn’t be happier.”

It was further revealed that Miley Cyrus and Liam Hemsworth feel more in love with each other after the tragedy in Malibu where their home was engulfed by the forest fire. The source said that when the Aussie hunk bravely saved their pets and animals when the fire was fully ablaze, Miley instantly realized that Liam was for her and wants to settle down with him.

In other words, the devastating fire led to Miley Cyrus and Liam Hemsworth unannounced wedding last month. The intimate ceremony was only attended by close friends and family and the public only learned about it a day after the event.

Meanwhile, Miley Cyrus previously denied being pregnant and made a request for people to leave her alone. The media never stop writing about her “pregnancy” even if there is no concrete proof to back up their claims, and this was probably why the singer/actress is already irritated with the rumors.