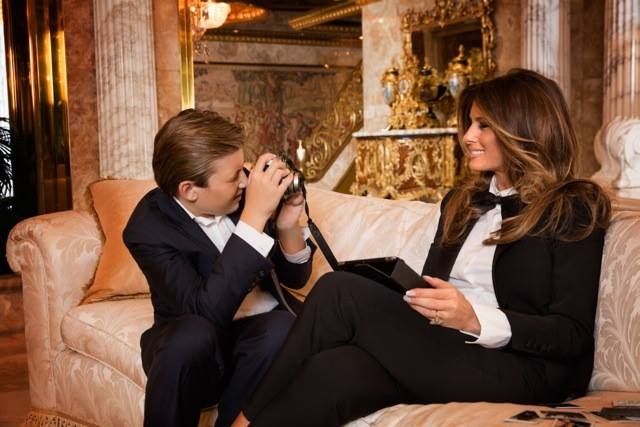 Melania Trump was a model before becoming the First Lady of the United States. She has been dressed in sexy outfits and skimpy bikinis and had even gone nude in magazine covers so people quickly observed the change in the way she dresses up after Donald Trump was declared as the 45th president of America.

Moreover, as the FLOTUS, the former model needs to attend many formal events and state visits and on these occasions, she tries to look her best and her outfits are far from what she used to wear in the past. Today, she dresses in her finest style that makes her look like the other former first ladies such as Michelle Obama.

It was observed that Melania Trump always aims to look elegant after living in the White House. As the wife of the president, her wardrobe consists of sophisticated ensembles and experts said that looking at her fashion choices now, it seems that she has taken inspiration from the Royal Family. This means that they are suggesting that the FLOTUS is especially copying Princess Diana’s style.

This is far from when she was still working as a model where she always wears glamorous outfits and other dresses created by famous fashion designers. As she changes her style, Melania was said to have spent more or less US$238,731 for her last year’s wardrobe alone.

Gianni Casagrande of Moda in Pelle, a popular shoe brand in the U.K., said that since Melania Trump became the First Lady, she dresses elegantly just like the British Royal Family. She has many pieces that especially resembles Princess Diana’s outfits.

"Melania has come under criticism for elements of her pre-Trump lifestyle, including a reputation for favoring revealing outfits,” he told UK’s Express. "However, pieces like a Mary Poppins inspired white Dolce & Gabbana dress that she wore during last June's state visit, she showed an elegant side while still showing off her figure."

Meanwhile, although she tries to look as elegant as she can be as the First Lady, it was reported that Melania Trump is not happy with her role. A body language expert shared that the FLOTUS has not fully embraced her position.