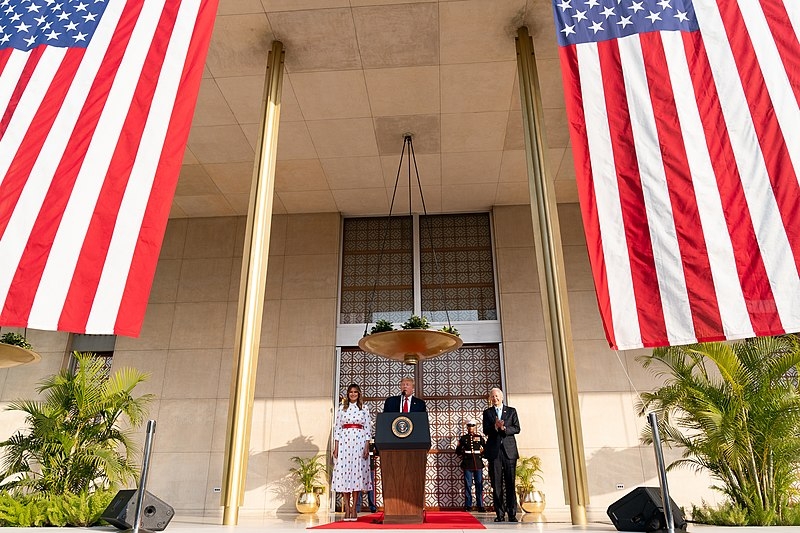 Previously, President Donald Trump announced that he will temporarily halt immigration into the United States out of growing concerns of the coronavirus. However, attorney Michael Wildes, who helped First Lady Melania Trump acquire citizenship, was not pleased about the measure.

Daily Mail reports that Wildes criticized Trump for not only his response towards the coronavirus as well as the immigration suspension. Wildes helped Melania acquire her green card as well as those of her parents and her sister Ines. “Embarrassing, embarrassing, I think it’s embarrassing, but I think we have to not criticize, we have to step up and all hands on deck are needed,” said Wildes.

Wildes also stated that he will reserve any further criticism that he has about the President after the pandemic, but he stressed the importance of voting in the upcoming elections as well. “We have an opportunity in November to elect somebody probably different if we don’t feel that the president ought to continue that trust, but right now he is our president in the midst of a COVID-19 campaign,” said Wildes, who added that those looking to seek work in the United States or seeking citizenship should be welcomed, not turned away.

“It’s our job to make sure that those people with accents in this country feel the same sense of hospitality that our founding documents and parents have envisioned…” said Wildes. He also assured foreigners who want to work in the US that visa applications are moving along despite the temporary suspension and not to give up on the hope of being able to work in the country.

As today is Earth Day, Melania took part in a commemorative tree planting alongside her husband. This would be the first public engagement the couple made since March. Donald and Melania planted a tree on the South Lawn of the White House, and the President told the guests who were present at the tree-planting about his fondness for planting trees.

“We’re doing something I love doing: planting trees, I’ve always loved it,” said Trump. “This tree will grow, also, and it’ll stand tall and beautiful, and the future generations will be looking at it, and they’ll say “I wonder who planted that tree?””