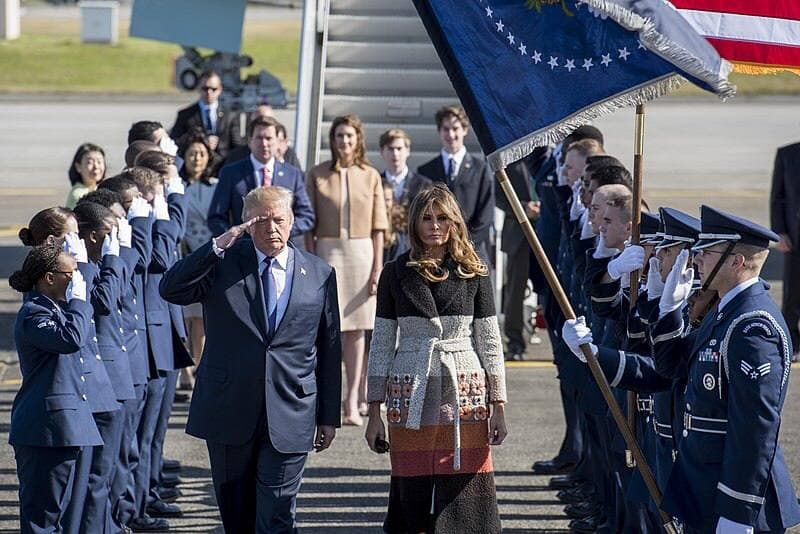 It is only a matter of hours before first lady Melania Trump will now become a former first lady to make way for Dr. Jill Biden. On the eve of Joe Biden and Kamala Harris’ inauguration as the new president and vice president, Melania reflects on her tenure as first lady in her final message in the role.

In one of Melania’s last posts under the FLOTUS Twitter account, the soon-to-be-former first lady shared a seven-minute-long video message where she not only looked back at her time in the White House but also making special shoutouts and condemning the recent riots. Mrs. Trump first thanked the military service workers as well as law enforcement and those working in healthcare, whom she said inspired her when she assumed the role of first lady. She also thanked workers at the frontline during the pandemic which has now seen over 400,000 Americans dead. Melania also mentioned the recent riots at the Capitol, condemning the violence that ensued while also mentioning the initiative she may be leaving behind, Be Best.

“The past four years have been unforgettable. As Donald and I conclude our time in the White House, I think of all the people I have taken home in my heart and their incredible stories of love, patriotism, and determination,” said Melania.

“I ask every American to be an ambassador of Be Best. To focus on what unites us. To rise above what divides us. To always choose love over hatred, peace over violence, and others before yourself.”

Melania, alongside her husband Donald Trump, is expected to depart from the White House in the early hours of Wednesday, January 20. They will not be attending the inauguration and have broken tradition by declining to invite the Bidens over before the official transition would occur.

Although Melania may no longer be first lady, her supporters can still look forward to seeing her on social media. Contrary to her husband, who has been permanently banned from the platform, Melania’s last post under the FLOTUS account announced that she will be using the handle @MELANIATRUMP for her future updates and announcements.