Melania Trump may not attend Donald Trump's address at CPAC 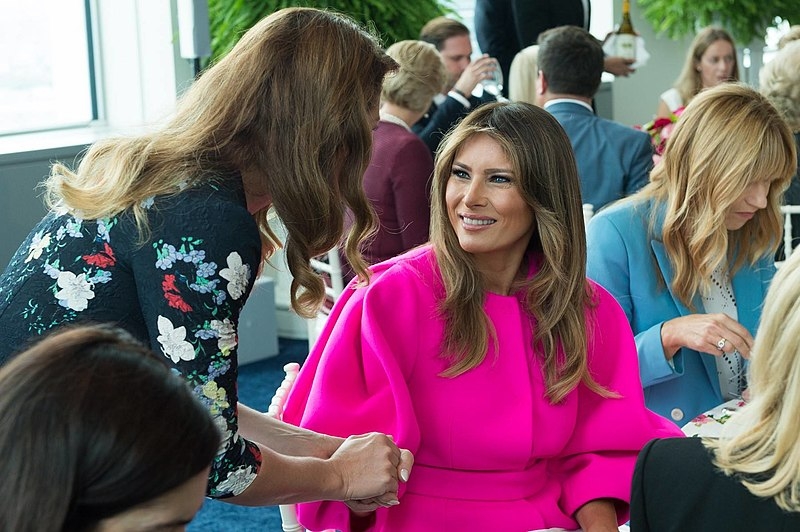 Former first lady Melania Trump and former President Donald Trump have been a stark contrast to previous presidents and their spouses as they are not exactly the most visibly affectionate type of couple. Rumors of an impending divorce have recently been stoked as Melania will be reportedly skipping her husband’s address at CPAC this month.

While the former president’s attendance at the Conservative Political Action Conference on February 28 is reportedly confirmed, Mrs. Trump’s attendance has yet to be determined. This was not the first time that the former first lady did not attend CPAC. Melania was also not present during the 2019 conference, where her husband famously hugged the American flag on stage. The former president is set to speak on the final day of the conference which would be the first public address he has made since leaving office in January.

As well, the couple has reportedly been very distant from each other since leaving Washington DC for Florida. This is in line with the long-running speculation that Melania will be leaving the former president in the near future, especially after his election loss to Joe Biden last November. However, some former aides have spoken against the rumors, saying that Melania will be sticking by her husband and that they are not as cold toward each other in private. Whether or not the Trumps decide to divorce remains to be seen, but this year’s Valentine’s Day, Melania made no mention of the former president in her Valentine’s Day posts on social media.

Two relationship experts have weighed in on the state of Melania and the former president’s relationship to the Daily Star. Two experts have claimed that the former first couple has been living separate lives for years. Therapeutic Relationship and Life Coach Pascale Lane explained that with Melania already beginning to live the life she wants, she sees her public role as a “wife” has now ended. Lane noted that Melania may lose the extravagant lifestyle that she has gotten used to if she divorces Trump but that their history goes further back prior to Trump’s presidential bid.

“There could well be an opportunity now for her to say she has ‘done her bit’ but I suspect Melania is one lady who does her own thing in her own way, regardless of the status of her husband. I would presume they have led separate lives for many years now,” said Lane.