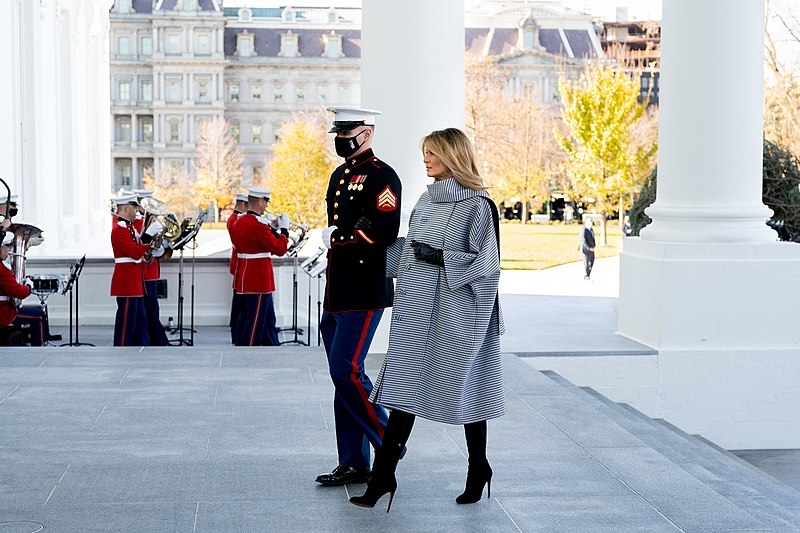 Former first lady Melania Trump left the White House on January 20 with a low approval rating among the public. Despite being mainly out of the public eye, it appears that Melania was reportedly not happy with all the positive publicity her successor Dr. Jill Biden is getting.

Mrs. Trump is reportedly not happy with the amount of positive attention that her successor Dr. Jill Biden received since the inauguration. Throughout her time in the White House, Melania was known for keeping a low profile and mostly staying out of the public eye to focus on raising her son Barron Trump. Melania also rarely gave interviews and stayed silent when it came to pressing issues, even those that involved her husband Donald Trump. While Melania’s initiative, Be Best, took off in the middle of their tenure, it failed to take off successfully compared to other first ladies before her.

Critics pointed out the irony of her efforts in her initiative, which also aims to address cyber-bullying, as her husband is known for attacking his critics online as well as his political opponents. Trump has since been permanently banned from major social media platforms Twitter, Facebook, and Facebook following the Capitol riots last January 6. Nevertheless, the Trumps have already established their post-White House offices, where Melania plans to continue her initiative.

Contrary to Melania, Dr. Jill Biden and her husband Joe Biden has already appeared in their first magazine cover together for People Magazine. Dr. Biden also appeared on a Super Bowl slot and has had several speaking engagements since becoming the first lady last January 20. Dr. Biden also threw a surprise at the White House on Valentine’s Day over the weekend in the form of giant hearts displayed on the North Lawn. In another surprise, Dr. Biden and her husband along with their two dogs Champ and Major went for a stroll outside to view the displays.

With reporters present, Biden shared that Valentine’s Day was the first lady’s favorite day. Jill explained to reporters that she knows that many Americans are feeling down due to the pandemic and she wanted to display candy hearts to “bring a little joy, a little hope” throughout this time.