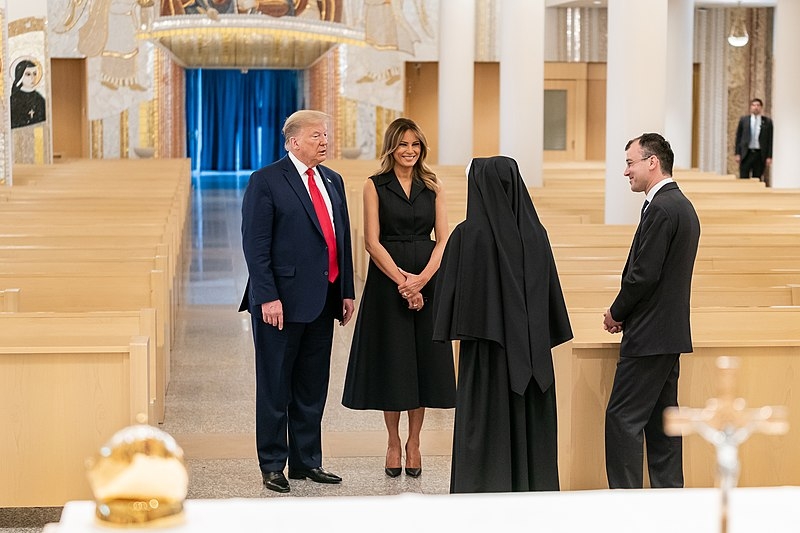 During President Donald Trump’s campaign back in 2016, the infamous obscene comments were made by the then-presidential candidate. A new book centered on first lady Melania Trump reveals how her husband was supposedly hesitant to face her after making those comments.

Excerpts from the upcoming book, The Art of Her Deal: The Untold Story of Melania Trump, written by Mary Jordan of the Washington Post, revealed how Donald Trump could not face his wife following the obscene comments he made. The then-presidential candidate was shown old footage of his Access Hollywood interview with Billy Bush by then-campaign press secretary Hope Hicks. Trump at the time made inappropriate comments such as having sex with married women and the infamous “grab ‘em by the p****y.”

Trump viewed the footage alongside then-New Jersey Governor Chris Christie and a few other advisers on the 25th floor of Trump Tower. The infamous tape from 2005 was published in 2016 during Trump’s campaign trail.

According to the book, after the footage was shown, everyone was reportedly silent, and someone who was there at the time told Jordan that Trump had gotten red from his neck to his ears, and it was a moment when he realized this would create problems for him at home as well as his campaign.

The first lady reportedly looked calm when Trump finally faced her two hours later. 10 days following the resurfacing of the tape, however, Melania defended her husband, saying that it was all “boy talk” that he had been coerced into participating and she forgave him when he apologized.

Another excerpt from the book also revealed the supposed power struggle between the first lady and Ivanka Trump. As Melania did not move into the White House right away following her husband’s electoral win, the book revealed that while she was still in New York with their son Barron Trump, Ivanka tried to rename the First Lady’s Office as the First Family’s Office, but Melania opposed.