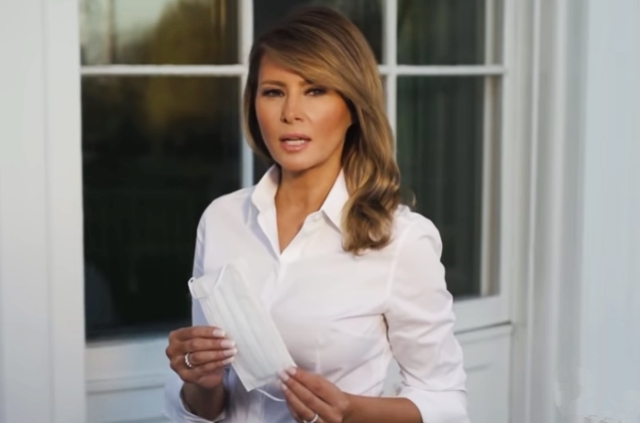 There is a new book about Melania Trump, and it was authored by journalist Mary Jordan. It is a biography work that disclosed many shocking revelations, including the fact that the FLOTUS requested for a new prenup when she started to live in the White House.

In the book titled “The Art of Her Deal: The Untold Story of Melania Trump,” one of the most explosive claims is about the prenup from Donald Trump because it also refers to inheritance. Jordan stated that the FLOTUS wants a new agreement to make sure that her son Barron will not be left out and get what belongs to him in the event Ivanka Trump takes over.

The biography and what it says about Melania’s prenup

It was said that Melania Trump is looking to tear up the first prenuptial agreement that she has with the POTUS, which was signed in 2016. Jordan insisted that this is true because she gathered the information after interviewing people who are close to the Trump family.

In the biography book is currently selling really well on Amazon, Jordan wrote that the First Lady calls her request for prenup as renegotiation as a move to “take care of Barron." She is seeking an assurance that her only child would be treated equally like her three older stepchildren. Melania Trump wants Barron’s inheritance and other financial opportunities to be the same as Donald’s other children.

In Jordan’s article on The Washington Post, she also alleged that when the POTUS won in the election, Melania stayed in New York with Barron. She did not move to Washington at once because her son is still attending classes, and around that time, she would like to have time to “cool off” and rework her financial agreement with her husband. The author added that this is all for herself (Melania) and Barron.

Now, when this claim cropped up, CNBC News reported that the White House has denounced the book and denied what was written about Melania Trump. The FLOTUS’s spokesperson, Stephanie Grisham, said that the book contains false information about the First Lady.

“Yet another book about Mrs. Trump with false information and sources,” CNBC News quotes Grisham as saying in an emailed statement. “This book belongs in the fiction genre.”