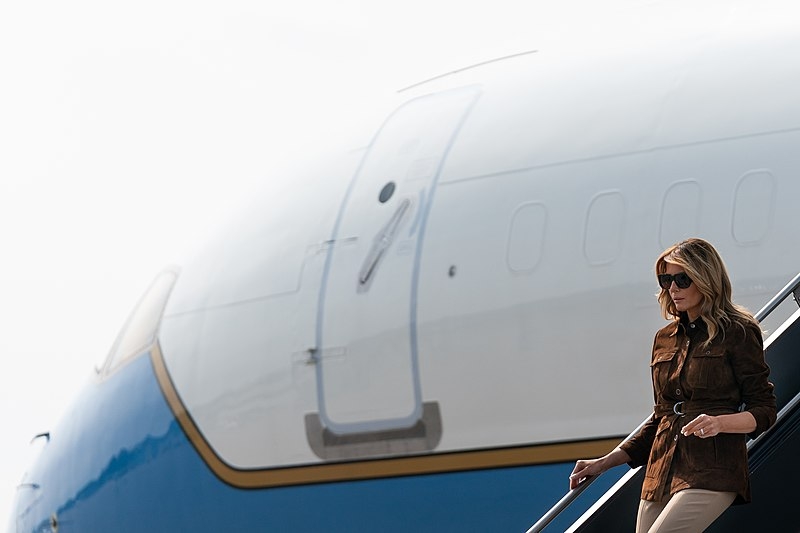 First lady Melania Trump’s former friend and adviser Stephanie Winston Wolkoff claimed that there was already some tension between Melania and her stepdaughter, Ivanka Trump. Her new book also revealed that the first lady dismissed Ivanka’s aspirations to follow her father Donald Trump in wanting to run for president.

According to a source related to Wolkoff’s book, “Melania & Me,” the first lady would often show dismissal of Ivanka’s desire to become perhaps the country’s first female president in the future. Ivanka was already being touted by many Republicans who support Trump as the next Trump who could take over the Oval Office in the future. Donald Trump’s first wife Ivana Trump has also previously shared that Ivanka could potentially run for office as well.

“Melania would roll her eyes whenever she heard Ivanka ramble on about her grand plan on becoming America’s first female president with Jared by her side. Jared would ultimately chime in with, ‘She’s got what it takes, she’s a born leader, the people love her, look at her,’ and Melania would mumble no thank you,” said the person knowledgeable on the matter. They also added that Ivanka’s brother Donald Trump Jr. also has aspirations to run for office, to which the first lady also dismissed.

“Melania would discreetly shake her head in disgust over these two running around the White House saying ‘look at me, look at me!’ and acting like they were the ones in charge,” said the source.

The book also reveals that Melania made disparaging remarks about Ivanka and many others in the Trump family, describing them as “snakes.”

Meanwhile, a new statue depicting Melania in her home country of Slovenia was unveiled recently. The new statue, made out of bronze, was subject to ridicule among many on social media, but the artist behind the creation, Brad Downey explained his motivation for the new statue, saying that this was a representation of his frustrations towards the policies by the Trump administration.

Downey noted comparisons between Melania and her husband’s policies, citing that Melania is the first of the first ladies whose native language was not English and her US citizenship was attained by receiving a visa for immigrants who have shown extraordinary ability. This is in contrast to her husband’s anti-immigrant policies and the detainment of children at the border with Mexico.