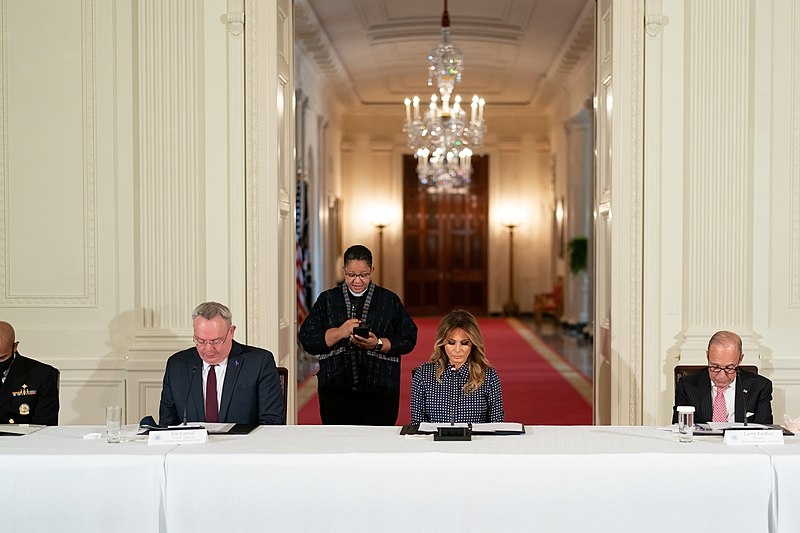 First lady Melania Trump’s former friend and aide Stephanie Winston Wolkoff recently published a tell-all book about the first lady and what happened behind the scenes that led to the end of their friendship. After getting confronted by Meghan McCain on The View, Wolkoff reveals why she kept recorded conversations with the first lady.

Wolkoff appeared on Wednesday’s episode of The View, where she talked about the details in the book while also criticizing the first lady. McCain criticized Wolkoff’s book along with the revelation of recorded conversations between her and Melania, saying that capitalizing on her past friendship with the first lady appears to be unethical.

“I don’t like tell-all books like this. I think secretly recording your friend and selling its contents for profit certainly ups the ante and seems not only unethical but just gross,” said McCain.

Wolkoff responded, “I did not write this book for money. I did not take any advance for this. My life literally went into shatters … I didn’t press record on a friend, I pressed record after I was accused of a crime and was thrown under the bus.”

The book, “Melania & Me,” also refutes the impression the public seems to have on the first lady, who has been described as quietly rebelling against her husband Donald Trump through gestures and fashion choices. Wolkoff wrote that Melania wore the infamous “I really don’t care, do u?” jacket when visiting children at the border for attention, and stressed that the first lady is complicit with her husband.

Melania’s marriage to Trump has been subject to scrutiny and speculation over the years, as they are not particularly very affectionate with each other publicly compared to the former presidents and their spouses. Trump’s former attorney Michael Cohen, has also shed light on their marriage in his memoir, “Disloyal.”

In the book, Cohen wrote that they actually did not speak much to each other about the reports of Trump’s alleged affairs. Cohen recalled having been tasked to speak to Melania, denying all the allegations of extramarital affairs whenever one would come up, and shared that Melania once stopped him midway, saying that she knew, suggesting that she did not believe in her husband’s explanations.