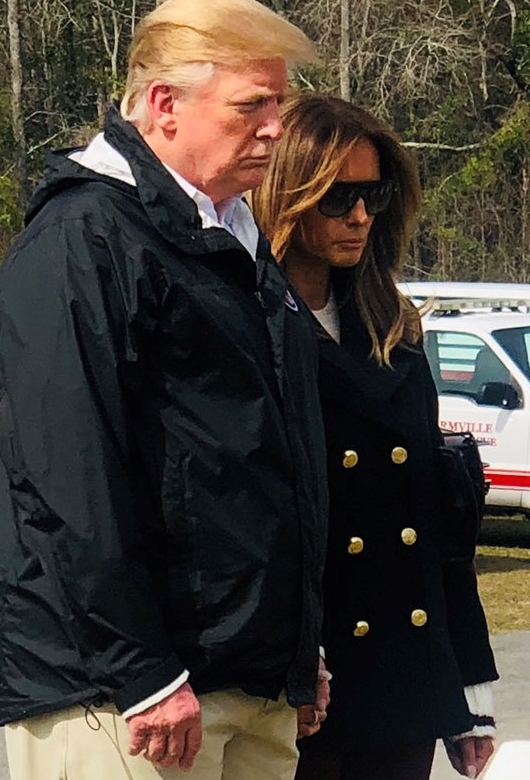 Melania Trump and Donald Trump once again reignited rumors that they are not happy in their marriage and that they could be on the brink of a divorce.

According to Express, the FLOTUS will attend a happiness class during her trip to India next week. The first lady will also see how students are taught to co-exist with each other in harmonious ways.

Throughout the past couple of years, rumors have been swirling that the FLOTUS isn’t happy with the POTUS because she rarely smiles when they are together. On Twitter, some netizens claimed that the first also has a hard time smiling or looking happy in public because of her Botox.

“Melania’s face is so full of Botox she can’t show any emotion, either that or she is very unhappy with Trumpty Rum Rum,” Twitter user @ode2donaldtrump wrote.

“Melania looks very unhappy. He’s so disrespectful to her. That’s not a happy marriage at all. It’s all over her face. She has those big shades on for a reason. She’s probably been crying. She has a monster of a husband. Donald, you need to better by her. Not a good look,” Twitter user @mrsviwilliams said.

Meanwhile, other netizens are convinced that it’s only a matter of time before the first couple will divorce and when this happens, the first lady will be happier.

“Melania says she will divorce Donald and take him to the bank if he runs for reelection,” Twitter user @Donn_Jones1 said.

“Melania should divorce Trump and go back to her country! She’s an embarrassment to good innocent women… She needed to be naked for Donald Trump to marry her while he was still married to his second wife… Where is her soul?” Twitter user @Marose111 said.

“Melania should divorce her cheating husband… what message is she sending to women who’s husband doing exactly the same as Donald Trump!! She’s an embarrassment,” the same Twitter user wrote in a follow-up post.