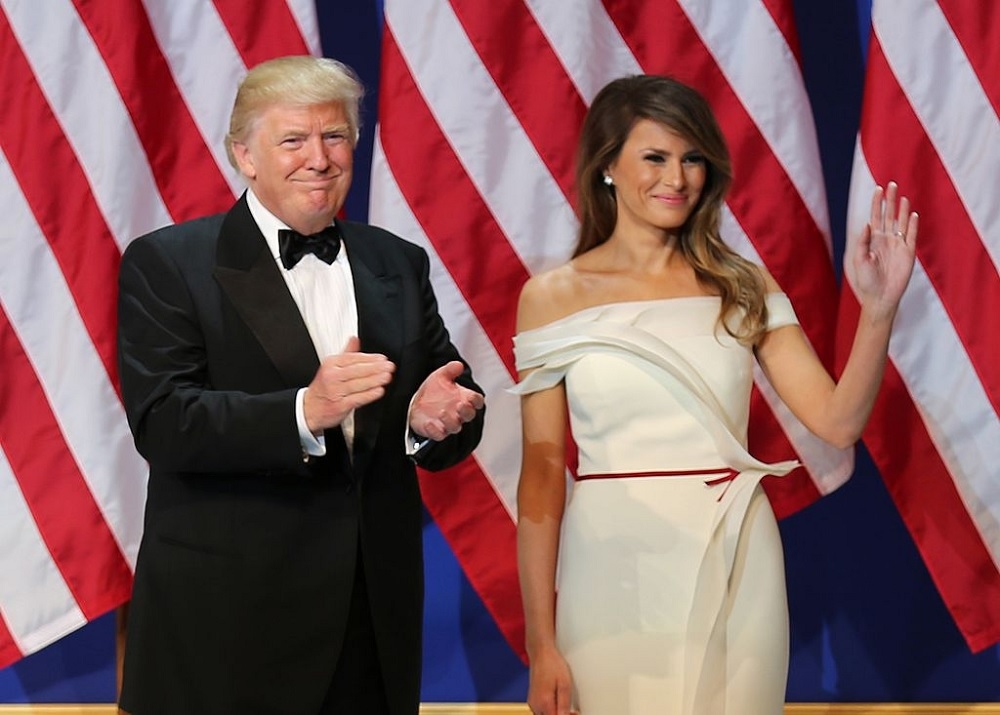 United States first lady Melania Trump’s fashion choices are often interpreted by people on social media and the press as having hidden messages. So Mrs. Trump’s stylist, Hervé Pierre, was quick to dismiss any theories about her outfit at U.S. President Donald Trump’s latest State of the Union address last Tuesday.

Mrs. Trump wore a military-inspired coat dress made by the British luxury fashion line Burberry. A number of social media users was also quick to point out that the first lady was wearing a black glove only on her left hand. Some netizens made fun of it while others said it could be an intentional move out of respect to the people she had to shake hands with that day.

Meanwhile, as if speaking from experience, Pierre advised people not to think too seriously about how the first lady dressed last Tuesday. “Afterward, social media will go on about Brexit or whatever. They have to do their own version of this. On my side, believe me, I don’t think of it. Because I don’t have time to do that,” Pierre told news outlets.

The stylist for Mrs. Trump further explained that he cares more about finding the right dress for the occasion rather than worrying about the designer. “As long as I find the right outfit, the designer is almost irrelevant. The designer, well, is Burberry, but it could have been anybody else. It has nothing to do with England or Brexit. If I would have to think of all these things when I look at dresses and outfits, I would lose my mind,” Pierre further explained.

Dismissing any possible theories of “hidden messages” in Mrs. Trump’s SOTU dress is understandable. She has previously made headlines simply for the clothes she chose to wear.

Today’s visit w the children in Texas impacted @flotus greatly. If media would spend their time & energy on her actions & efforts to help kids - rather than speculate & focus on her wardrobe - we could get so much accomplished on behalf of children. #SheCares #ItsJustAJacket

In June 2018, Mrs. Trump wore a Zara jacket with the printed text on the back “I REALLY DON’T CARE. DO U?” while traveling to a detention camp for immigrant children separated from their parents seeking asylum from the US government. The first lady’s communications chief immediately dismissed claims that Mrs. Trump intentionally wore that jacket to send a hidden message to the media. But FLOTUS confirmed a few months later, “It was kind of a message, yes.”