MeWe: Social media users are signing up on ‘anti-Facebook’ rival platform due to data privacy issues 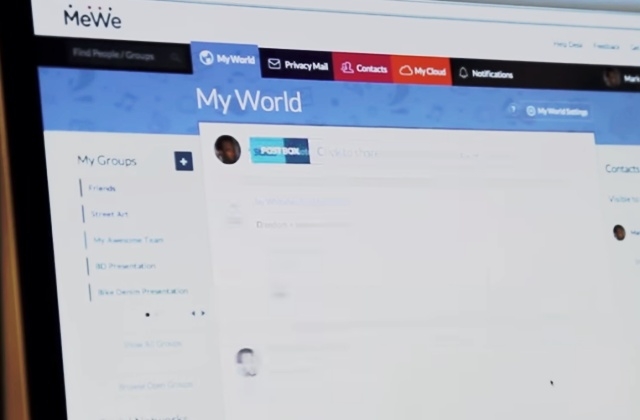 MeWe is an American social media platform that has been described as “anti-Facebook.” This is due to the fact that the company is promoting itself as the next-gen social networking site “with no BS. No Ads and No Spyware,” which means the users’ privacy is heavily protected.

Data privacy has long been an issue among the leading tech firms, and Mark Zuckerberg’s Facebook is often criticized for its supposed failure to protect the users’ data that groups are able to collect through FB. Thus, when MeWe showed up, and it is declaring its commitment to privacy, many people were enticed.

The surge of downloads and sign-ups on MeWe

FOX Business reported that as the crackdown on Big Tech expands, MeWe saw a surge in downloads of the app, so there are more users now. The number of downloads is going up and continues in recent weeks.

As a result, the "anti-Facebook" app is now ranking high on download platforms. On the iPhone downloads alone, it was said to be ranking seventh overall and placed no. 4 under the top social media apps as of Jan. 10.

Before this date, MeWe was only among the top 1,400 apps in the overall ranking and no. 66 in the social media apps category. This figure is based on the analytics provided by App Annie. As of Jan. 15, it was reported that there are 2.5 million new sign-ups, and this gain happened in mere weeks.

The big reason why people are moving to MeWe is not only about its privacy settings, but members also have control over their own interactions in the platform. MeWe also does not share or sell data to advertisers, which is a big plus.

"The big technology companies, you know who they are, had reverted to treating users as commodities," MeWe's stated on its about page. "They somehow mistook people signing up to use their services as a welcome invitation to target, track, spy, and sell our information to advertisers and the government.”

As posted on Market Realist, MeWe was founded by Mark Weinstein in 2016. He is also a known privacy advocate, so his social media platform is all about privacy too.

MeWe is an ad-free social networking platform that values privacy, and it is available in many languages such as French, English, German and Spanish. Users who are 16 and up can sign up on the platform. It is an alternative to Facebook, as the company says.