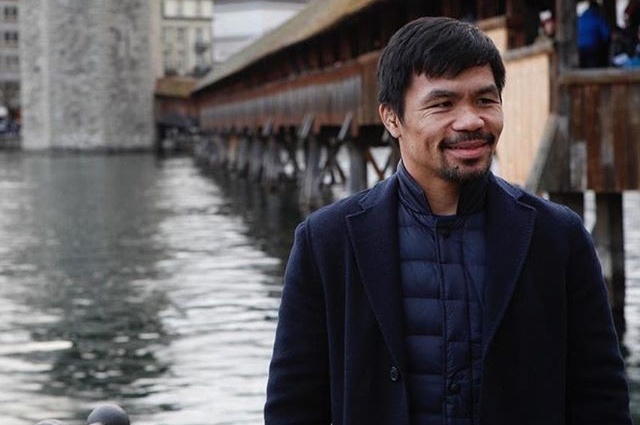 Many fans have not gotten over the Manny Pacquiao and Floyd Mayweather fight in 2015. Many were disappointed with the match, and they think that the American boxer did not deserve the win for not really fighting Pacman on the ring. All that they saw was Floyd running around, so they are clamoring for a rematch.

It has been four years since Pacquiao and Mayweather met on the ring and the call of the second match did not subside. In fact, it just intensified especially when the undefeated boxer seems to have changed his stance and ready to agree for a rematch.

For years since their first match, Manny Pacquiao has been expressing his desire to fight Floyd Mayweather for the second time, but he was always being turned down. The American always say he will not do it and mainly reasoned that he’s retired.

Since the call for the rematch is not going away, Pacman continuously expressed his interest to face Mayweather again and recently, it seems that the American is being swayed by the calls now as he posted a video on social media where he said he is heading to Saudi Arabia to talk about the bout with the Filipino. However, he denied this by saying that he recorded the clip a few months back and got paid millions for it. He’s suggesting that his message is nothing but just a paid ad.

Manny Pacquiao recently challenged Mayweather again for a fight right after he won against Keith Thurman in July. But as usual, Floyd says “no.” But in a recent video that he himself posted on his social media, he announced that a Pacquiao-Mayweather exhibition game is in the works. However, Pacman’s camp is dismissing his call because it appears that Floyd is just using Pacquaio’s name to get attention since people are not looking for him anymore.

According to a report from The Philippine Star, Sean Gibbons, MP Promotions president stated that Mayweather’s announcement about an exhibition match in Japan is “All nonsense” and Pacquaio added that he wants a real match and not an exhibition game. “Why an exhibition? Make it a real fight,” Pacman said.