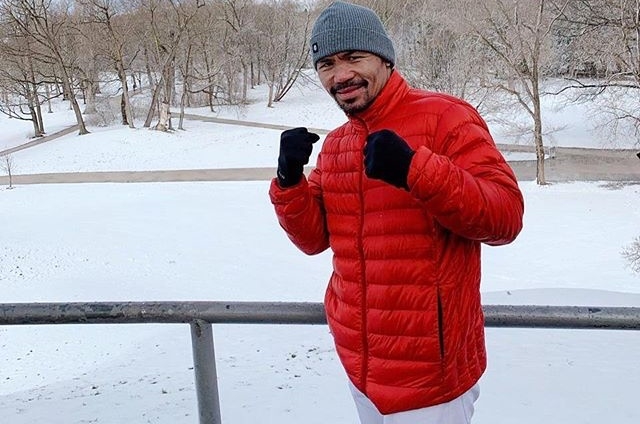 Manny Pacquiao is set to fight Keith Thurman on July 20 at the MGM Grand in Las Vegas. The Filipino boxer is aiming to snatch the latter’s welterweight belt at the upcoming 12-round World Boxing Association Welterweight Championship bout.

In preparation for his next fight, Pacquiao has been focusing on his training, and with one month left, he has entered the sparring phase already. Last week, Manny sparred with Tim Tszyu, an Australian light middleweight professional boxer and Australia’s National Boxing Federation's super middleweight champion, and this foreigner sparmate is convinced that the Pacman can easily beat Thurman.

“I think Manny will catch him (Thurman),” Rappler quoted said Tszyu as saying.

Tszyu himself as an impressive record and remained unbeaten with 13-0 and 10 KO’s record. On Thursday, he sparred with Manny Pacquaio for five rounds, and the Australian boxer said that he could feel Pacquiao’s power. He said that Pacman’s speed, solid punches, and overall techniques would surely bring Keith Thurman down.

“They are starting to hit each other,” Nonoy Neri, the assistant trainer, commented about the sparring session. “We can expect more heavy blows being thrown on Saturday.

Meanwhile, as Manny Pacquiao diligently prepares for his fight with Thurman next month, he has been named as one of the Philippine senators with the most absences in the 17th Congress. In contrast, four senators namely, Senate President Vicente Sotto III, Senate Majority Leader Juan Miguel Zubiri, and Senators Aquilino Pimentel III and Panfilo Lacson have the perfect attendance record.

The four mentioned officials have attended all the 79 regular sessions of the chamber while Manny Pacquiao was the second in the list with the most absences. According to Politiko, Senator Kiko Pangilinan only attended 47 out of 61 sessions from July 23, 2018, to June 4, 2019, while Pacquaio was present in 49 sessions. The record was released by the Senate Journal Service.