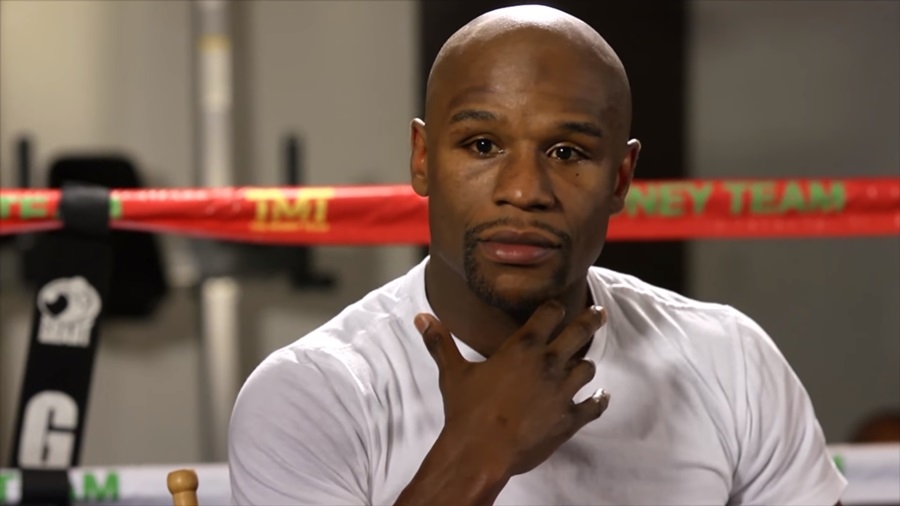 Photo via Screenshot of Larry King/Youtube

Manny Pacquiao and Floyd Mayweather Jr will always be compared to each other as both fighters have been dominating the boxing scene for years. But while the latter has faded away from the professional side of boxing, the former is still taking up fights.

Indeed, Manny Pacquiao is slated to fight next year against Mikey Garcia. Danny Garcia is no longer a running candidate for the fighting senator since he’ll be fighting Errol Spence Jr next. But after the Filipino icon is done fighting Mikey, there’s a chance that Floyd Mayweather Jr may be next.

According to the National (via RingNews24), the camps of both legends are apparently trying to strike a deal that would have them fighting in late 2020. Manny Pacquiao and Floyd Mayweather Jr have both faced each other in 2015, with the latter walking away victorious.

Despite this, however, the entire bout was heavily criticized by fans and analysts alike as it didn’t deliver an exciting matchup. Billed as the Fight of the Century, Manny Pacquiao spent most of his time chasing Floyd Mayweather Jr resulting in a boring display.

Following that fight, Forbes released an article titled “The Death of Boxing.” The piece highlighted why Manny Pacquiao needed to win against Floyd Mayweather Jr to create more buzz for the sport. But since the American ultimately took home the belt, that opportunity has sailed away.

And even if Manny Pacquiao and Floyd Mayweather are to fight again, it would likely result in the same way, with the former looking for a slugfest and the latter looking to outscore his rival. That would be another boring matchup. But the senator is eager for the match all the same.

“My people are talking to his people; they’re talking to each other. We don’t know what the developments are, because I don’t have an update yet,” Manny Pacquiao said. Floyd Mayweather Jr has been hinting at the match as well, which will apparently take place in Dubai if negotiations pan out. Of course, since no official confirmation has been released by both parties, it’s best to lower expectations for now. This is especially true since 2018 also peddled this very narrative and no deal was ultimately made between both camps.