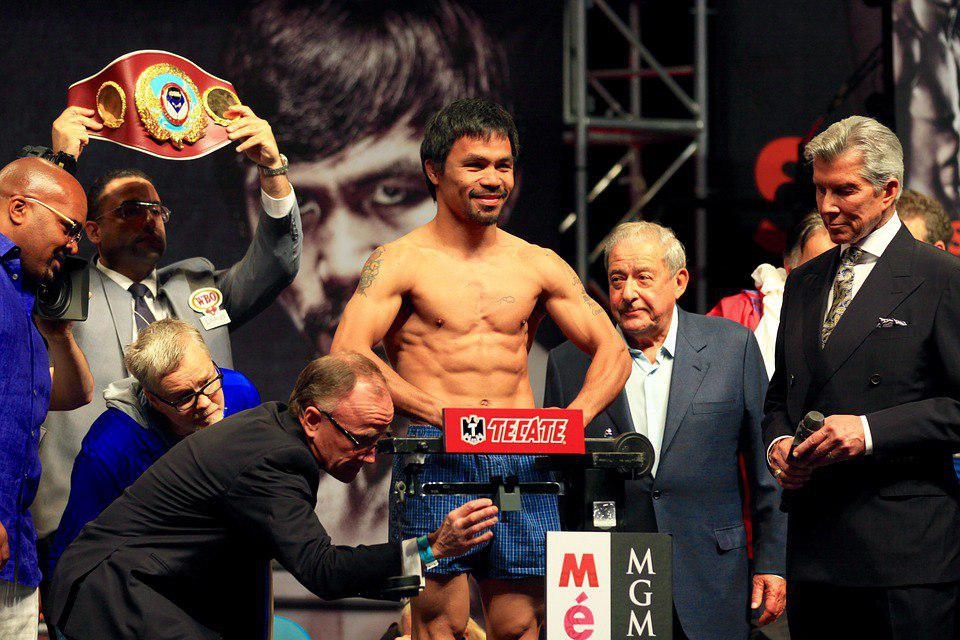 Manny Pacquiao and Keith Thurman have been set to fight on July 20. It was initially thought that the fighting senator would fight Errol Spence Jr. next, but that proved to be inaccurate.

Be that as it may, Manny Pacquiao and Keith Thurman is still expected to entertain casual and hardcore boxing fans as the two fighters have a penchant for aggressive styles. The Filipino slugger himself said that apart from winning, his other goal in the upcoming bout is to provide fans with a gripping display, Yahoo Sports reported.

“He is the best 147-[pounder] available at this time, so I watched some video of [Keith] Thurman and saw that he brings an exciting style to the ring. That’s what the fans want, two of the best going at it. I want to entertain the fans,” Manny Pacquiao said.

There are obvious differences between the two boxers, with age the most prominent among them. At 40-years-old, Manny Pacquiao is a decade older than Keith Thurman. Indeed, his previous bout against Adrien Broner showed that the legend is no longer the KO artist he once was.

His speed, on the other hand, is a totally different matter. Even at his age, Manny Pacquiao is still spry and continues to employ his signature footwork that victimized several top fighters during his prime. Meanwhile, Keith Thurman’s previous match proved that the 30-year-old still has to shake a bit of ring rust on him as he looked lackluster when he faced Josesito Lopez a few months ago.

Indeed, “One Time” even came dangerously close to getting dropped on the canvas on the seventh round after Lopez visibly hurt him on multiple occasions. There’s no doubt that Manny Pacquiao will be watching that replay multiple times to see cracks into Keith Thurman’s armor. Hopefully, both fighters stay healthy until July 20 as fans can’t wait for an explosive match between these two talented boxers.