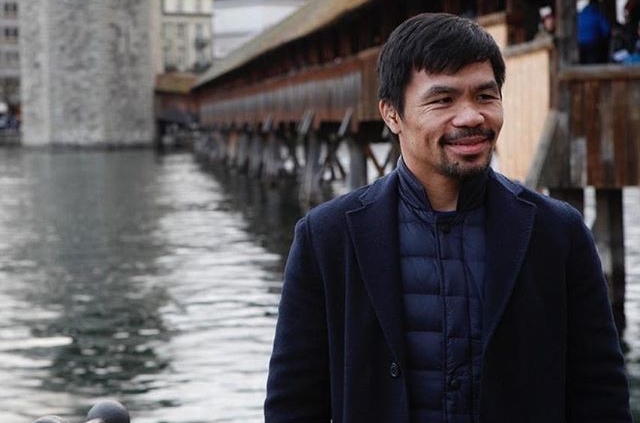 Manny Pacquiao has been urging Floyd Mayweather Jr. to agree to fight him again for the second time, but the America boxer has been refusing to take the challenge. The two great fighters faced each other in 2015, which led to the loss of the Filipino boxer.

While Mayweather beat Pacquaio by unanimous decision, the result did not convince the people that he really won because of his disappointing performance. It was not the kind of fight that everyone was waiting for that some even said that they should not have bothered watching and paying for PPV when the bout was a total let down, as per The Washington Post.

Mayweather Jr. was declared as the winner, but his defensive tactic irked most of the viewers that they said the Filipino should have won. He was mocked, and people commented that they were really shocked and mostly disappointed because all that the unbeaten champ did in the ring was run away and avoided engaging to a heated exchange of blows with the Filipino.

The call for a rematch

Immediately after the fight, the call for a “round 2” started to come up. For four years, Floyd Mayweather continuously declines to agree, and Manny Pacquiao went on to fight other opponents. But last month, it seems there’s a chance it will happen when Floyd posted a clip where he said he is heading to Saudi Arabia to talk about the possible fight with Pacman.

Pacquiao also reposted Mayweather’s video clip on his Instagram, and this is really making fans excited. In a recent development, it seems that the fight will really happen when Floyd Mayweather Sr. told TMZ Sports that his son would definitely fight the Filipino again.

Floyd Mayweather’s father also said that he is very sure that his son will still maintain his zero-defeat record. He added that his son would kick Manny Pacquiao's ass the second, third, fourth, fifth time.