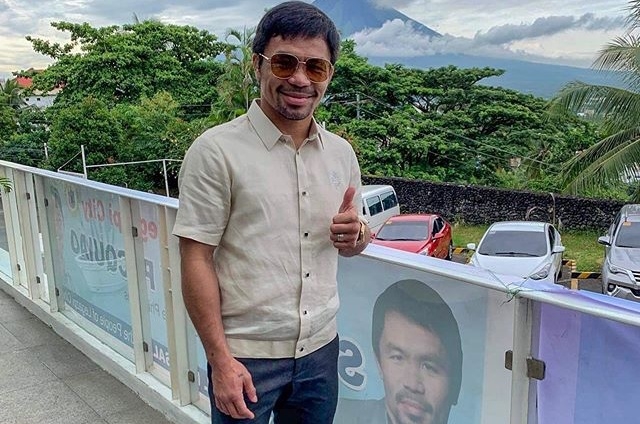 Manny Pacquiao and Floyd Mayweather’s rematch rumors are back. Since their fight in 2015 that ended with the latter’s victory via unanimous decision, with two judges scoring it 116–112 and the other 118–110.

However, the fight was highly criticized for the lack of action, at least on Mayweather’s part. The supposedly “battle of the century” was described as boring since all the undefeated American boxer did was to run around the ring while Pacman tried to throw punches.

The rematch talks have emerged

Since then, the calls for a rematch heightened, but Mayweather won’t budge. He frustratingly explained that he had retired already and he has nothing to prove anymore as he already won over Pacman and he remained as the only undefeated boxer in the sport.

The calls went on for years, and it is back today after Manny Pacquiao defeated Keith Thurman in July. However, this time, it is different as Mayweather seems to be responding positively to the call of a rematch with Pacquiao.

In the latest video that he posted on social media, Mayweather said that he would be flying to Saudi Arabia soon and his trip is to discuss the possibility of a second fight with Manny Pacquiao. The said country expressed its interest to host the fight and made offers for it to happen.

Some fans are convinced that the only thing that made Floyd Mayweather to consider the rematch is money. The boxer is known to flaunt his wealth thus it is obvious he loves the cash.

“This is an interesting one. Why would you risk your legacy over money when you’ve already got enough money to last you 10 lifetimes?” One commenter asked on the thread of Mayweather’s video. “Or is it not about the money at all and it’s because Floyd is an egomaniac and simply wants to stay relevant?”

In any case, with the success of the Manny Pacquiao and Floyd Mayweather’s first fight, the second battle could happen if the price is right. As CBS Sports noted, the pairs’ 2015 match attained over $410 million in revenue despite the disappointments in the actual fight.