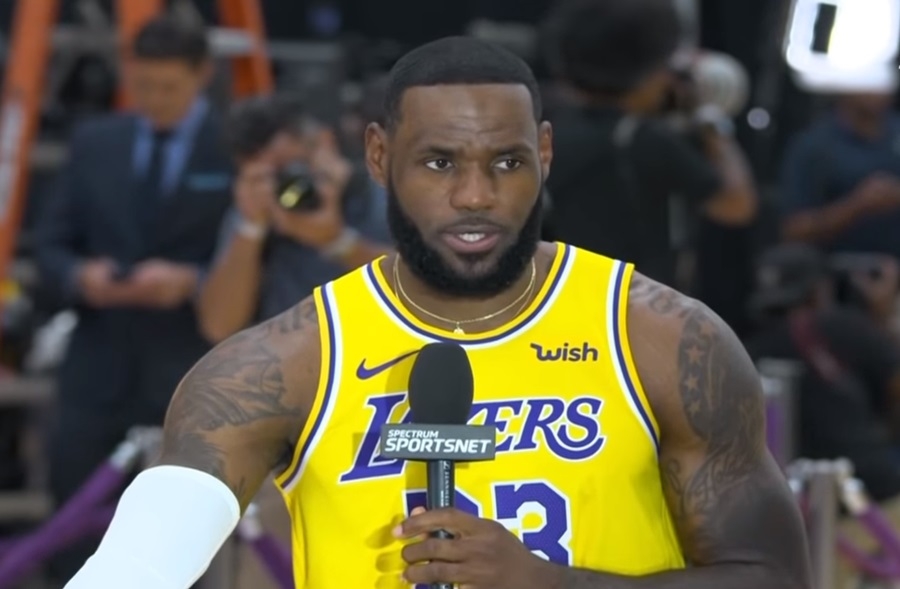 The Los Angeles Lakers and the Brooklyn Nets are set to collide at the Mercedes Benz Arena in Shanghai tonight. However, with the recent fallout between China and the NBA, the match still remains uncertain as of this writing.

The massive issue was sparked by Houston Rockets general manager Daryl Morey who tweeted his support to the protestors of Hong Kong. Unfortunately for the Nets and Lakers, the Chinese government acted swiftly, sending the match into NBA purgatory as both parties decide what’s best moving forward.

However, Shams Charania of The Athletic said that the game will indeed take place according to sources familiar with the situation. But there’s still no news if the Lakers/Nets match on Saturday has been greenlighted, so that’s something that’s still up in the air at the moment.

As the issue unfolds, a lot of people have been wondering what will be the outcome of this massive fallout. Will the Lakers and the rest of the NBA teams get scraped off the face of every establishment in China? Well, that’s a possibility given that the country already went ahead and wiped everything related to the Houston Rockets.

However, given that the NBA and basketball itself is deeply ingrained in Chinese culture, it’s difficult to imagine that this censorship will last long. This is especially true if one considers the massive fan base in China, which is said to number around 500 million, Forbes reported. Seeing the Lakers go up against the Warriors or having an underdog team win the Playoffs are just one of the many aspects that make the NBA an alluring entertainment for the Chinese people.

If the government censors all that away, what sport is big enough to replace it? And even if a replacement can be found, what if the same thing happens all over again? Is the CCP going to censor that particular sport too? So far, the Lakers and the rest of the league are trying not to comment on the matter.

Stephen Curry has already been asked to throw his two cents on the matter, and his response has been neutral. Lebron James and the rest of the Lakers roster will likely follow suit as NBA commissioner Adam Silver deals with the situation himself. Silver maintaining his stance that the league will not be regulating the freedom of speech of anyone under its influence has angered China. Despite this, however, it’s expected that Silver will remain stalwart lest he incurs the wrath of fans who are fighting for the idea of liberty.