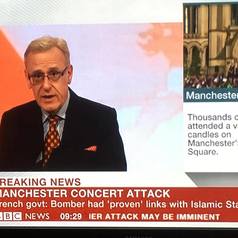 Following the recent attack in London, where two Cambridge University graduates were stabbed to death and at least three other people were seriously wounded by convicted terrorist Usman Khan, many questions are now being asked about the UK’s legal system.

The attack has brought to attention the fact that in the UK, people convicted of terror offences (along with other prisoners) can be released after serving half of their sentence. Khan who was shot dead by police officers following the attack, had been released from jail on licence in 2018 – halfway through a sentence for terrorism offences.

Khan was convicted in 2011 of plotting to attack the London Stock Exchange receiving an 18-year sentence. He was given what’s known as an indeterminate public protection sentence(IPP) – in theory, IPP prisoners can stay in prison for the rest of their lives. But Khan’s IPP was quashed by the Court of Appeal in 2013, and replaced with a 16-year fixed-term sentence. Khan was told he should serve at least eight years in prison. And in December 2018 he was released on licence – and ordered to wear a tag. As part of his release conditions, Khan was required to attend the government’s desistance and disengagement programme, aimed at rehabilitating people who have been involved with terrorism.

Khan was attending an event near London Bridge organised by a University of Cambridge programme he had taken part in while in prison, called Learning Together. This brought together students from outside and within prison together “to learn alongside one another”. During this event, Khan, wearing a fake suicide vest, began attacking people with a knife.

An urgent review of the licence conditions of people jailed for terror offences has now been launched by the Ministry of Justice. This has led to the emergency vetting of 74 convicted terrorists released on parole – with one man already returned to police custody.

Why was he released?

The legislation that facilitated Khan’s release was brought in by the then Labour government which introduced Imprisonment for Public Protection (IPP) – which basically gave prisoners an indeterminate sentence. The idea behind the sentencing was that high-risk criminals would only be released if the parole board felt they were safe to return to the community.

In 2008, Labour removed the review process by parole boards, meaning more offenders were released automatically halfway through sentences. It was thought that reducing the need for the parole board to sign off on every case would help to speed up the number of prisoners being released.

IPPs were abolished in 2012 by the Conservative and Liberal Democrat coalition government – and the law was also changed to allow for prisoners to serve half of their sentence.

So, in effect, all three of the main UK political parties had a role in bringing about the situation that allowed Khan to be released. Rightly a review should now be held.

What to do with terrorists

Under UK terrorism legislation, the sentences for terrorist-related activity are lengthy. But though it might seem like a straightforward solution, handing out longer sentences for terrorist offences is not the right approach. Indeed, evidence shows that long sentences without effective rehabilitation tend to increase the risk of a prisoner reoffending upon release.

Instead, more focus must be placed on introducing effective assessment of terrorist prisoners to ascertain if they are either a danger to society or if they are suitable and safe to release.

One way forward could be applying the Prevent strategy to terrorist prisoners [while still in custody] [https://www.tandfonline.com/doi/abs/10.1080/1057610X.2016.1253941]. Prevent is the government’s counter-terrorism strategy which aims to challenge extremist ideology and disrupt the ability of terrorists to promote it.

As I highlight in my book on terrorism, law and policy, under the Counter-Terrorism and Security Act, authorities have a statutory duty to [prevent people from being drawn into terrorism]. Prevent is currently being reviewed by Lord Carlile with his report due in June 2020 which may assist in a prisons-based approach.

Prevent, however, is considered to be controversial and seen by many as ineffective. This is because of its initial link in 2003 to violent Islamist extremist ideology which made UK Muslims “suspects” and created suspicion as to the real aim of Prevent.

Indeed, despite changes to the strategy to include all forms of extremism – including far-right ideology and dissident Irish republican and loyalist causes – Prevent is still viewed to be an anti-Muslim strategy by many.

This has not been helped by the goverenment’s requirement that universities, schools, prisons, hospitals and local authorities must report any concerns of terrorism under Prevent. This has been seen as a form of spying on people who hold views outside the norm.

Senior politicians have been accused of using this attack for political ends. The prime minister, Boris Johnson, claims “leftie legislation” is responsible. The Labour leader, Jeremy Corbyn, said it was the austerity cuts on the probation service created the problem. This is clearly a complicated situation. But ultimately, both parties must take some responsibility for a system that allows a man recently released from prison for a terrorism offence to kill two people.

Then, of course, there’s also the possibility that whoever wins the general election may consider reintroducing sentences similar to IPPs – making the situation yet again even more complicated.