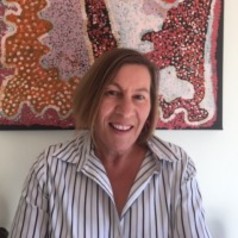 The acting minister for education and youth, Stuart Robert, wrote a letter last week to Australian Research Council (ARC) CEO Sue Thomas, listing four demands. These included changes to ARC funding models and an overhaul of the ARC itself. These “expectations” were repackaged for the public in a press release on Tuesday entitled “New direction for the Australian Research Council to help secure Australia’s recovery”.

While the media release applies the usual positive political spin, the letter itself – although light on detail – crystallises some concerning matters. These are:

Thomas has now advised the government she will step down prematurely from her role early next year. Her reasons have not been made public, but one can’t help wondering if the weight of the unrealistic demands have figured in her decision-making.

The ARC administers the National Competitive Grants Program. This program invests about A$800 million a year in the highest-quality fundamental and applied research across all disciplines other than clinical and medical research, which is funded through the National Health and Medical Research Council (NHMRC).

Importantly, 40% of this allocation is committed through the ARC Linkage Program. This program funds collaborative projects between universities and industry and community organisations. The end game is to stimulate the transfer of skills and knowledge to deliver public benefit.

The minister is now demanding that 70% of the Linkage Program funding goes to the government’s National Manufacturing Priorities. The six priorities were devised as part of the 2020 Make it Happen: the Australian Government’s Modern Manufacturing Strategy. A number of these already enjoy significant government support.

ARC CEO Sue Thomas will “step down before the end of her five-year term.”
National priorities to be used as selection criteria; "at least 70 per cent of the [Linkage] grants to fall within one of the government’s six manufacturing priorities."https://t.co/JC1Ie0fs15

Interestingly, the government also has in place Science and Research Priorities. All applicants for ARC funding are already asked to address these. Although introduced in 2015, and supposedly meant to be reviewed every two years, these priorities have never informed funding.

In 2019, the ARC was asked to review the Science and Research Priorities with regard to how they apply to the National Competitive Grants Program as well as government science, research and innovation agendas. These priorities are problematic because, aside from never really having been priorities in terms of government investment in research, they exclude humanities and social sciences.

Thus, a review was an opportunity to rethink how disciplines can deliver public good. Nothing seems to have come of it. The ARC lost an opportunity to get on the front foot in guiding future direction for research.

The latest ministerial manoeuvre essentially renders the Science and Research Priorities obsolete. And the losers are not just humanities and social sciences again, but also science disciplines that were once deemed noteworthy. This edict sends an undesirable message to the sector: when it comes to achieving positive impacts for society through collaborative research, there are lesser disciplines.

The narrowing of focus by insisting more funding go to National Manufacturing Priorities is madness. Essentially, it devalues partnerships addressing other important challenges in society that deserve support.

Years of rhetoric for little return

By devaluing non-manufacturing-related research, the manoeuvre has unwittingly created possible disincentives within the broader research sector for undertaking collaborative research.

Throughout its nearly decade-long concern with improving university-industry engagement to ensure researchers’ work translates to benefits for end users, the government has adopted motivational tactics. For example, the Research Block Grant, involving performance-based funding for universities, underwent a change of formula in 2015 to reward universities for securing industry and other such funding. And the ARC’s Engagement and Impact Assessment, announced as part of the 2015 National Innovation and Science Agenda, was meant to magically enhance engagement, even though outcomes do not translate to performance funding.

We have had many years of rhetoric about improving university-industry engagement to boost commercial returns from research. It is time to call the government’s shallow commercialisation thinking (policy would be too generous a term) for what it is – a failure. The changes to the Linkage Program smell of one last desperate attempt to reverse that failure.

Another interesting demand in the minister’s letter is a strengthening of the National Interest Test (NIT). This includes expanding the College of Experts charged with applying the test and making recommendations to the minister.

The National Interest Test itself is a ministerial invention devised to exonerate the foolhardy actions of a former minister. It was hastily cobbled together in 2018 following a controversy over the rejection by the then education minister, Simon Birmingham, of 11 ARC-approved grants.

The new test essentially replaced the Benefit and Impact Statement that had previously been in applications. The key difference is that the National Interest Test was presented in the context of ensuring public confidence as opposed to achieving public good. It seems Minister Robert is just as intent on maintaining public confidence, particularly through the inclusion of more individuals from outside the research sector to evaluate applications.

But, by doing so, the minister risks diluting the expertise needed to evaluate whether the design of a project is such that it will deliver positive outcomes for society. Anyone with good writing skills and a creative inkling can devise a National Interest Test statement that is palatable to the public. Only a gifted researcher can devise a research project that will generate genuine public good.

The ARC has one year to deliver on the minister’s demands – an unrealistic expectation. Given the madness of the demands, one can’t help wondering if it is even worth trying.