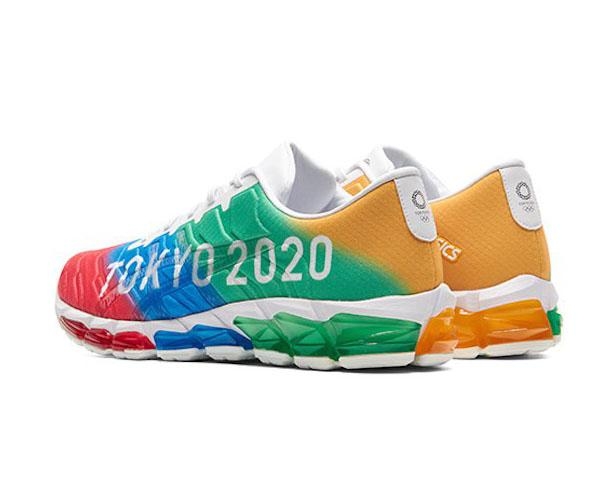 An Asics official said they originally wanted to showcase the athletes' sportswear for the opening ceremony in front of the store, but the plan was changed due to complaints about promotions featuring the games.

Japan's major sporting goods makers, such as Asics, have mostly given up on plans to use the Tokyo Olympics to promote their brands due to the lack of spectators at most stadiums and worries about spreading the virus.

Firms are now going low-profile in games-related advertising to avoid antagonizing the public already worried at the prospect that the Olympics could become a virus spreader.

A store in Osaka run by sportswear maker and major Olympics sponsor Asics Corp set up its Tokyo Games corner with little fanfare, even placing it in the back.

An Asics official said they originally wanted to showcase the athletes' sportswear for the opening ceremony in front of the store, but the plan was changed due to complaints about promotions featuring the games.

The change in the Olympic organizers' policy from holding the games with a limited number of fans was due to a government decision to place Tokyo under the fourth state of emergency until Aug 22.

While fans have been barred for events in Tokyo and prefectures of Saitama, Chiba, Kanagawa, Hokkaido, and Fukushima, organizers said events in Ibaraki, Miyagi, and Shizuoka prefectures are expected to allow spectators.

Descente Ltd, the owner of the rights to sell Le Coq Sportif, Munsingwear, Umbro, and other brands in Japan and other parts of Asia, stepped up its promotional strategy in 2020 with new swimwear models and advertising them with star athletes.

But the game's postponement for a year due to the pandemic forced it to halt or scale back operations to curb the virus spread.

The sports-related market in Japan plunged 30 percent in 2020 from a year earlier to $14.5 billion, according to a Mitsubishi UFJ and Macromille research, due to decreased opportunities to play team sports such as soccer and baseball.

Due to the fresh demand growing for individual sports amid the pandemic such as running and workouts, companies should instead raise the profile of such products, according to Shoichi Arisawa, an analyst at IwaiCosmo Securities Co knowledgeable about the management affairs of firms such as Asics.