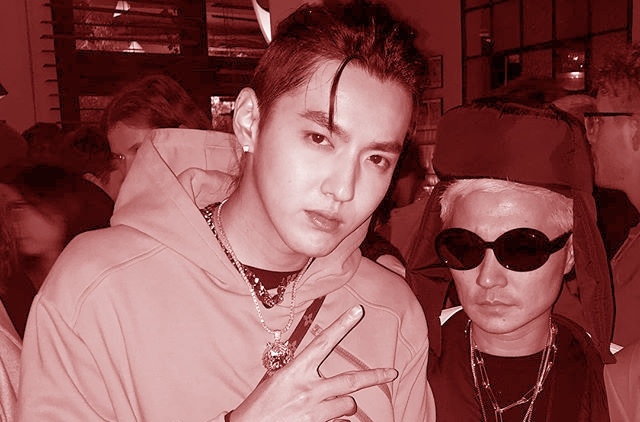 The Chinese artist has always been thin. He has the body that is ideal for most Kpop idols but now it was said that he had gained so much extra weight that he is now being called “fat.” in his recent photo taken with Singaporean singer JJ Lin, Kris Wu’s change in physical appearance was very visible and were surprised that he appeared to be heavier and his face is rounder.

According to Radii China, a journalist interviewed Kris Wu, and although the interviewer did not directly ask the singer about his “fat” appearance, she beat around the bush and asked questions related to food and how he eats these days. One of the questions was said to be, “Do you have a habit of eating midnight snacks?”

To which Kris said “no,” he does not have this habit of eating late at night although he is tempted sometimes. When asked if he has been eating his meals well lately, he said that it has been good and understanding where the talk is leading him, he just went on to explain that he is currently on a diet.

Kris Wu said that he is exerting efforts in dieting, so his weight is under control. However, he added that he thinks the changes in his body and weight is related to his age. The artist seems to suggest that he is getting older; thus, his appearance is changing as well.

Meanwhile, Kris Wu just released his new single last week. He timed the release of his track on Qixi Festival that was scheduled this year on Aug. 7. This is the Chinese’s version of Valentine's Day.

Kris Wu’s single is titled “Dawn,” and it was made especially for “The Rap of China,” a Chinese rap competition show similar to Korea’s “Show Me the Money.”