Kevin Love appears unfazed as he answers trade speculations; Said his current focus is on himself, the Cavs 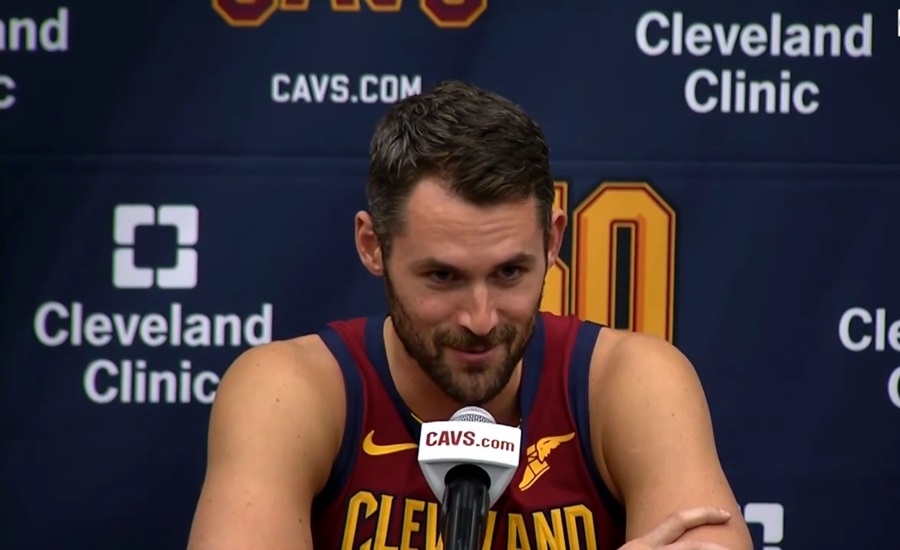 A couple of weeks ago, Zach Buckley of Bleacher Report published an article speculating that Kevin Love might push the Wizards to new levels if they add the big man into their roster. Prior to that, the 31-year-old has been the subject of discussion within the league that Cavs might be interested in trading him away.

The speculation isn’t outlandish since, after LeBron James and Kyrie Irving left, the team is but a shadow of what it once was. Kevin Love simply doesn’t belong to a team that is set to press the reset button and rebuild in the coming years.

So when the talented forward/center sat down with sports journalists during the Cavs’ media day, it was inevitable that the question will rear its head. And reared it did. Kevin Love, of course, handled the situation well and said that despite all the narratives that are being thrown around, his focus is making himself, and his team, better, WKYC reported.

“I think there's always going to be that idea to restart and go younger. But until that time comes, or if it ever comes, I'm just going to continue to be me and play great, stay healthy and just try to get the best out of myself and the players on this team,” Kevin Love said.

One of the major reasons for the big man’s calm and collected mentality is that he’s been traveling in the past few months with his girlfriend model Kate Bock. Kevin Love’s Instagram page is rife with photos of him hitting the streets of Thailand or exploring the sprawling plains of Wyoming. The media, of course, asked about his travels as well.

He revealed that of all the places that he’s been traveling to recently, Thailand was the best experience he had. Specifically, when he visited an elephant sanctuary in Phuket. Fans of Kevin Love are delighted that he found a new focus in his life as he’s been battling with mental issues ever since he was a kid, a fact that he only revealed last year when he wrote a piece for The Players’ Tribune.

But vacation is over, and it is time to get back on the court. The Cavs aren’t expected to gun for Playoff contention this season since – as mentioned earlier – the team will likely start the rebuild soon. And with it comes more narratives speculating where Kevin Love’s journey will lead him next. Right now it’s difficult to know exactly where he’ll be heading, but we’ll likely find more about as in the latter months of 2019.