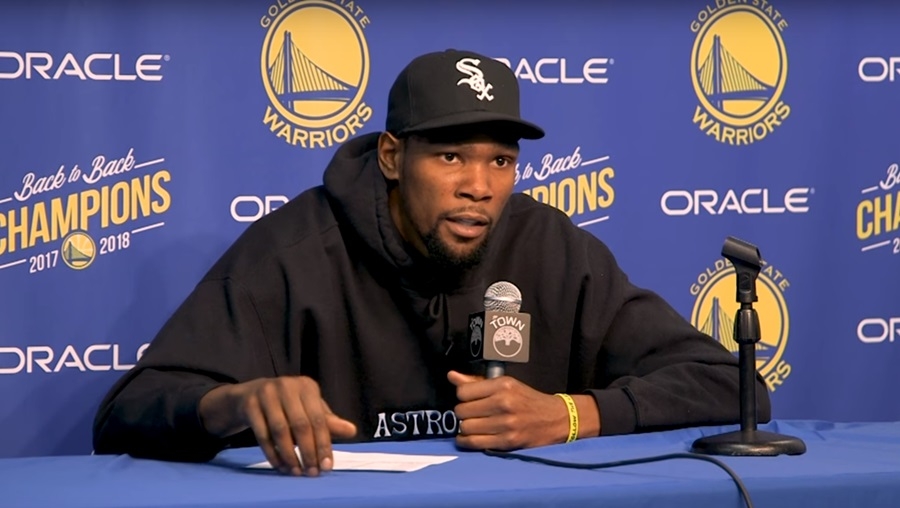 Kevin Durant slammed sports media recently when he was incessantly asked why he remains reticent about his upcoming free agency this summer. While the nine-time NBA All-Star addressed most of the reporters during the interview, he called out Ethan Strauss of The Athletic by name.

In a nutshell, Kevin Durant’s frustration stems from the media “twisting” his words whenever he says something about anything. The narrative right now is revolving around the New York Knicks trying to acquire the talented forward, SportingNews reported.

Now that the Knicks have traded Kristaps Porzingis, the team has enough cap space to potentially land Kevin Durant and another superstar to provide support. When asked about the matter, the 30-year-old said that he isn’t concerning himself with the matter and is mainly focusing on his job.

The Warriors player then told the media to “grow up.” The interview ended with Kevin Durant walking out after a reporter asked about the status of the team. After the exchange, Knicks coach David Fizdale recently said that he knows how Durant feels. He also acknowledged that the media are merely doing their job and understand where both sides are coming from, New York Post reported.

As for the Golden State Warriors, they have yet to weigh in on the matter and it’s unlikely that they will. Right now, the organization is ready to offer Kevin Durant with a five-year $221.3 million contract to stay with the team. But Durant still hasn’t decided on anything yet, prompting sports publications to further speculate what his decision will be in the coming months.