Kawhi Leonard Free Agency 2019: Where is ‘The Claw’ Heading Next After Giving Toronto Raptors Their First Title? 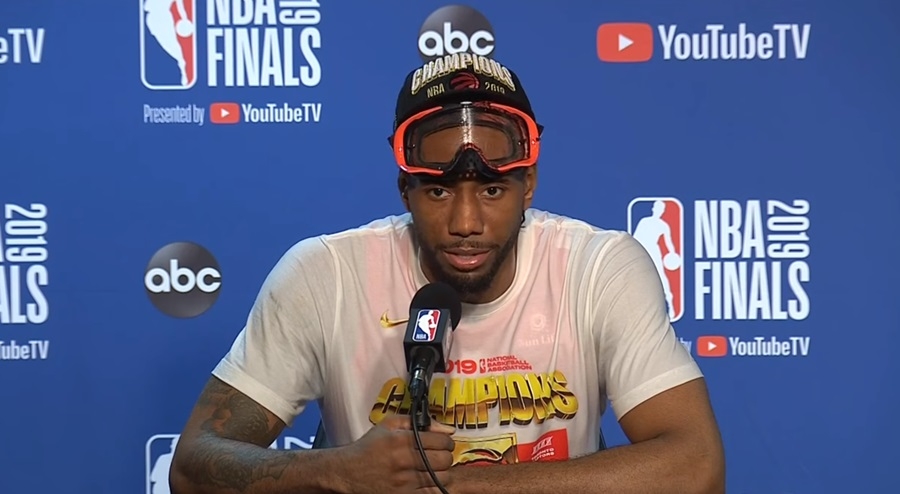 Now that the Playoffs is over, the narrative surrounding Kawhi Leonard and his impending free agency have been elevated yet again. Speculations are being thrown left and right at the moment with millions of fans asking whether or not the 2019 Finals MVP is looking to leave or stay with the Toronto Raptors.

Following the team’s historic run this year, ABC/ESPN’s Doris Burke asked Kawhi Leonard what his plans are moving forward. And as can be expected from the 27-year-old, he didn’t disclose significant information regarding the matter, New York Post reported.

“I’m about to enjoy this with my teammates and coaches and I’ll think about that later,’’ Kawhi Leonard said. In previous months leading to the Raptors winning their first NBA title, most of the narrative surrounding the talented forward is claiming that he’s going to leave the team.

And now, a recent tweet from SB Nation’s Kristian Winfield has fueled this fire. Apparently, Kawhi Leonard shared that the best thing about this whole experience is bringing Toronto “their” first championship, Yahoo Sports reported.

“This is something they can build on,” the two-time NBA Defensive Player of the Year supposedly said. Of course, the biggest word that can be taken from that sentence is “they.” Why Kawhi Leonard chose that word instead of “we” remains a point of contention at this time. Naturally, the Twitter-verse has since exploded with speculations, with most saying that Leonard will indeed be leaving the Raptors. After the tweet went viral, Winfield deleted the post and clarified the matter.

“The full quote is actually: ‘It's just something that the Raptors could build on. That we all could build on. And that was my goal. I wanted to get them to the Finals their first year. That was all our goal,’” Kawhi Leonard apparently said. With the Raptors win, Leonard has propelled himself to be the most desirable free agent on June 30, especially with Kevin Durant and Klay Thompson suffering serious injuries that are expected to sideline them for a while. So it’s understandable that a lot of people are wondering what’s he going to do next.