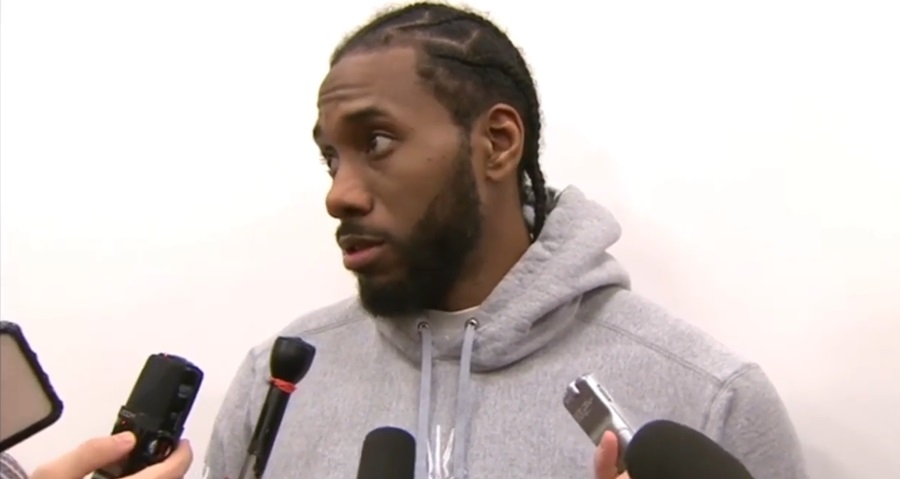 Photo via Screenshot of NBA Highlights/Youtube

As Kawhi Leonard’s free agency inches ever closer, the Toronto Raptors are increasingly worried that the talented forward will not commit with the organization. Right now, the two-time Defensive Player of the Year is still putting up impressive average numbers of 27.3 points and 7.8 rebounds per game, Slam reported.

But all of these could vanish in the hands of the Raptors should Kawhi Leonard choose to walk away. It also doesn’t help the fact that NBA pundits are speculating that the 27-year-old will sign with the Los Angeles Clippers. Sports columnist Adrian “Woj” Wojnarowski are among those that are convinced that this is going to be the case.

But there’s still hope for the Raptors coming in the form of Serge Ibaka. Apparently, Ibaka has developed quite the friendship with Kawhi Leonard during his stay with the organization, Sports Illustrated reported. The Congolese even gave Leonard a new nickname: Deadly Zombie.

The moniker is self-explanatory given Kawhi Leonard’s demeanor. Another nickname that has sprouted during his tenure with the Raptors is Cape Town. According to an interview with Ibaka, Leonard would usually tell him that he’s from Cape Town and admitted that he doesn’t know why the 27-year-old would claim such a thing.

Ibaka speculates that perhaps Kawhi Leonard simply wants to visit the place someday. Having heard the interview within the locker room, Leonard asked: “You hating on me, Serge?” To which the former Thunder player said that he wasn’t before playfully begging him to stay. While Leonard didn’t verbally respond to Ibaka’s comical exaggerated pleas, he did walk out the locker room smiling and chuckling, a rare expression for the stoic forward.