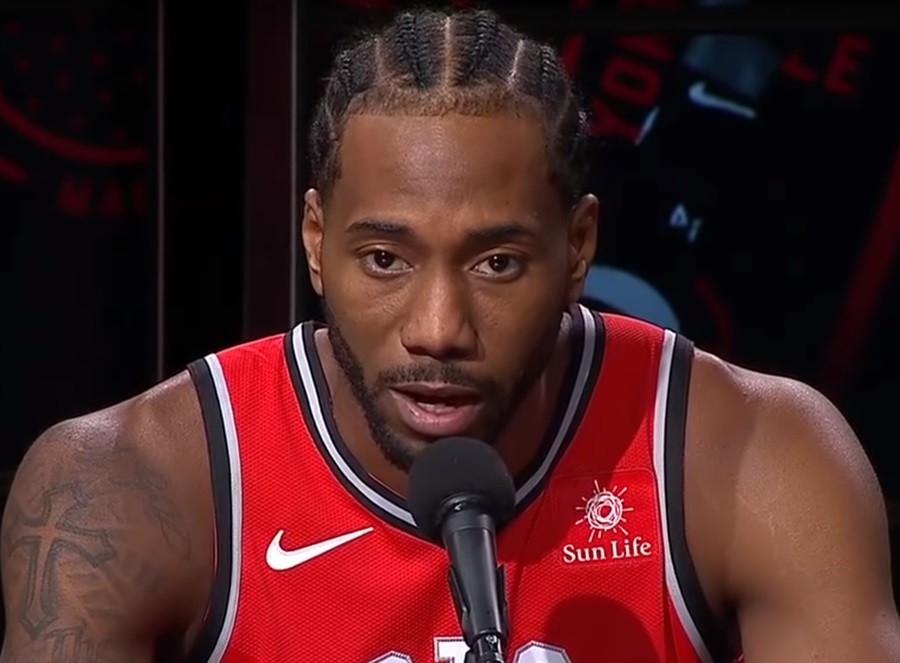 Photo via Screenshot of Ball3Up/Youtube

Kawhi Leonard recently got sidelined due to a sore knee when the Toronto Raptors went against the Washington Wizards, TheStar reported. Despite his absence, however, the Raptors proved too much for the visiting Wizards as the former won the match-up 120-129.

In place of Kawhi Leonard, Pascal Siakam stepped up to the plate and led his team to victory, scoring an impressive 44 points and nabbing 11 rebounds throughout the match. For their part, the Wizards managed to put up a fight during the game, pulling ahead of the Raptors in the early parts of the third quarter.

But as the third ended, the Raptors took the lead again and didn’t let up for the remainder of the match. Outside of the court, Kawhi Leonard is making headlines again with the noise being generated by New Balance.

It can be recalled that the 27-year-old signed with the brand after it reportedly offered him a much larger sum compared to what Jordan was offering him. Now, that deal has come to fruition as New Balance released an ad featuring Kawhi Leonard. What’s more, the commercial seems to be taking jabs at James Harden and Kevin Durant.

While it didn’t specifically call out both the superstars, the message is quite clear. The line “he doesn’t need to chase fouls or sweat the comments” is quite indicative of this regard. Unsurprisingly, Kawhi Leonard hasn’t spoken about the ad and will undoubtedly stay silent in the future.

The Los Angeles native has always been mum about matters not involving basketball. However, Kawhi Leonard has been responsive in his interview ever since he transferred with the Raptors, which opens the dialogue again regarding his impending free agency.

Most NBA pundits are speculating that Kawhi Leonard will not be committing with the Raptors and has predicted that he’ll be transferring with the Los Angeles Clippers. But there are several factors that could make the two-time Defensive Player of the Year stay. Among them are his friendship with Serge Ibaka and the overall positive treatment of the Raptors towards Leonard. Of course, the decision ultimately falls on the talented forward and what he’s planning for himself in the coming months.