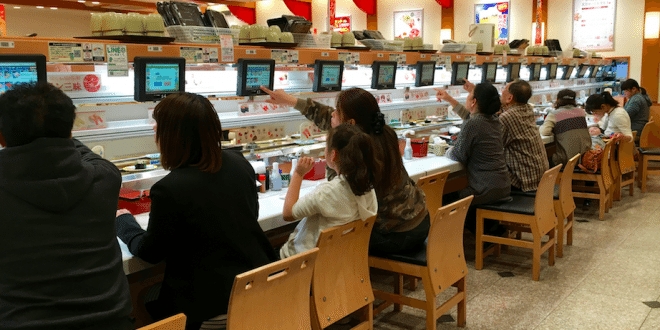 Tokyo police arrested Koki Tanabe, the president of the operator of the Kappa Create sushi restaurant chain, on suspicion of fraudulently obtaining confidential information on a rival company.

Tanabe, 46, president of Kappa Create, is suspected of stealing the information on several occasions in 2020 from rival sushi chain Hama-Sushi in violation of the unfair competition prevention law.

He once served as an executive of Hama-Sushi, where he allegedly solicited a former subordinate to bring the information.

The former Tanabe subordinate and another Kappa Create executive are also expected to be arrested.

The police will refer Kappa Create to prosecutors under a dual liability clause, which mandates punishing a company along with employees who committed a crime as part of corporate activities.

The stolen information included many sets of unreleased data that may be deemed business secrets under the law.

The Hama-Sushi side found out through an internal investigation in 2021 that the data had been stolen and later filed a criminal complaint with the Tokyo police.