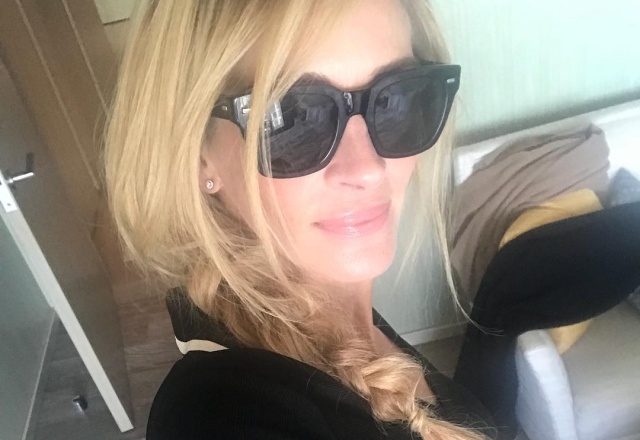 Julia Roberts was said to have praised Tom Hanks during the Walk of Fame ceremony for Rita Wilson, the “Forrest Gump” actor’s wife, last month. The “Pretty Woman” star commented that Hanks is “super hot” and this reportedly upset her husband Danny Moder.

It was further alleged that after Julia Roberts called Tom Hanks a hottie, her husband’s irked reaction led to more marital problems so their marriage of 16 years has become even more “rocky.”

“Danny couldn’t believe she would say something like that at a time their marriage is in trouble,” a source supposedly told the Globe magazine. “He’s getting sick of her putting on this girlish flirting act in public. It’s embarrassing because a lot of people know that he’s struggling to keep their relationship alive.”

However, Gossip Cop stated that this is a false report. It pointed out that the source is not trusty because it left out the important part of Julia Robert’s speech during the ceremony. The fact-checking site stressed that the actress was actually honoring Rita Wilson when she spoke before the crowd and what she actually said was: “I have been lucky enough to know her long enough to learn things that we have in common: devotion to our mothers, endless joy of our families, super hot husbands.”

The publication added that Julia Roberts also complimented her husband with the same remark but Globe magazine made it appear as if the actress was flirting with Tom Hanks and trying to get his attention through her speech. As a matter of fact, just a few weeks ago, Julia was a guest on Gwyneth Paltrow’s Goop podcast and during a discussion, she said that her husband Danny Moder is her favorite human and marrying him absolutely changed her life in a way that she could not even describe.