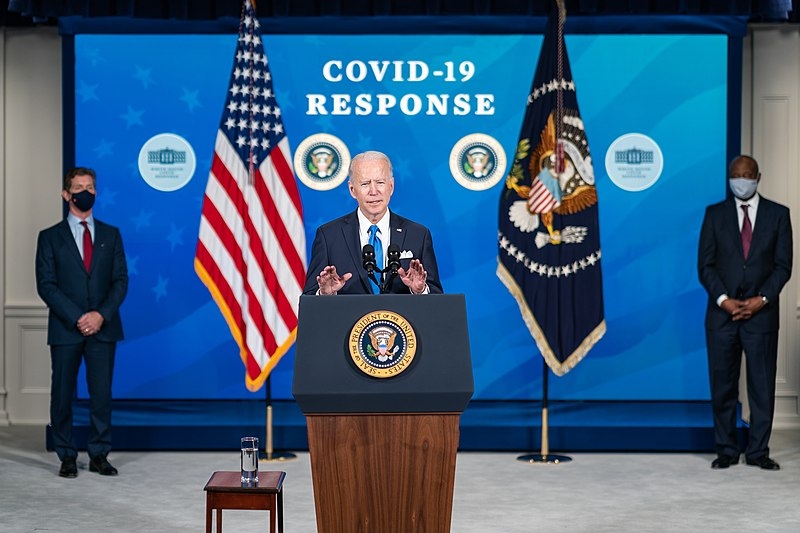 The killing of George Floyd at the hands of police officer Derek Chauvin in Minnesota resulted in a trial that ended this week. President Joe Biden and Vice President Kamala Harris shared their thoughts on the verdict.

Hours after the verdict was given to Chauvin, who pleaded guilty on all three charges of second and third-degree murder and second-degree manslaughter, Biden and Harris addressed the public from the White House. Biden said Chauvin’s conviction would be a step forward for the country in fighting systemic racism that is still evident to this day. However, Biden noted that the guilty verdict on Chauvin is not enough.

Biden added that the work to address and fight systemic racism does not stop with the verdict as well. Biden and Harris called for Congress to move quickly in addressing police reforms, such as approving a bill for Floyd, who was killed by Chauvin in May 2020. Floyd’s death sparked massive Black Lives Matter protests all over the country.

Biden reiterated Floyd’s last words as Chauvin knelt on his knee, and said that those words must still be repeated and heard. Biden made his remarks after he called Floyd’s family after the verdict was given, and added that he spoke with Floyd’s daughter Gianna Floyd, telling her that “Daddy did change the world.”

“‘I can’t breathe.’ Those were George Floyd’s last words. We can’t let those words die with him. We have to keep hearing those words. We must not turn away. We can’t turn away,” said Biden.

In other news, following the record of 200 million COVID-19 vaccine doses administered this week ahead of Biden’s first 100 days in office, Biden suggested that he plans on sending the surplus of vaccines to Canada. The US currently has a stockpile of unadministered COVID-19 vaccines which Biden likely implied was the Oxford - Astra Zeneca vaccines. Those vaccines have been approved by Canada but not by the US.

“We’re looking at what is going to be done with some of the vaccines that we are not using… and we hope to be able to be of some help and value to countries around the world,” said Biden.