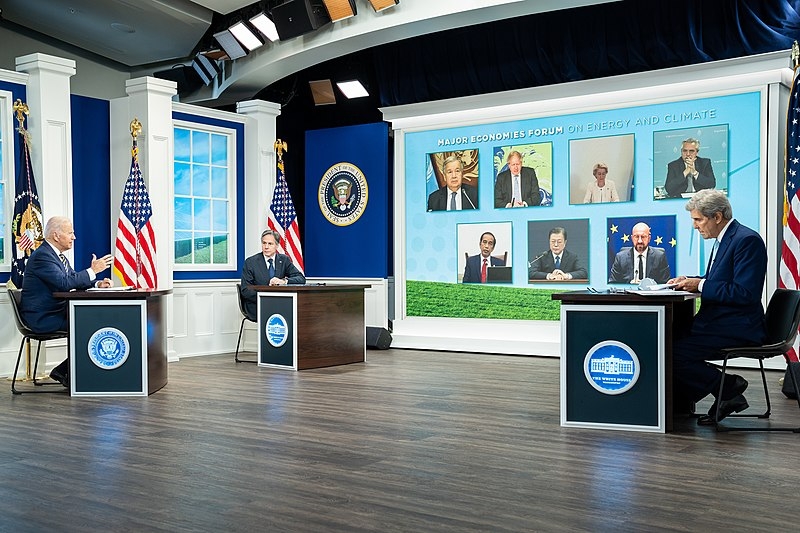 US President Joe Biden recently attended the virtual US-ASEAN summit this week. The US leader reaffirmed the commitment by the US to supporting its Southeast Asian allies and condemned the coup that occurred in Myanmar.

Biden attended the virtual summit of Southeast Asian nations Wednesday, marking the US’ attendance at the annual conference for the first time in four years. The US leader reaffirmed the country’s commitment to supporting its allies and partners in the region and reiterated the importance of a free and open Indo-Pacific.

“The relationship between the United States and ASEAN is vital, vital for the future of all one billion of our people,” said Biden in his opening remarks. “Our partnership is essential to maintaining a free and open Indo-Pacific which has been the foundation of our shared security and prosperity for many decades.”

The Southeast Asian region has been in the midst of increasing disputes between the US and China. The nations surrounding the South China Sea have been angered by China’s sweeping claims over the majority of the body of water. China has also made claims over the island nation of Taiwan and its democratic government, which Taiwan has resisted and opposed.

Biden also pledged to speak out for human rights, noting the abuses against the Muslim minorities in China’s Xinjiang region as well as in Tibet and in Hong Kong. Biden also joined the other nations present in condemning the coup that occurred in Myanmar and called for the violence to end and the junta’s political prisoners to be released. The US leader described the coup as “increasingly undermining regional stability.”

In other related news, Reuters reports two Senators have urged Biden not to impose sanctions on India for purchasing Russia’s S-400 air defense system. Republican Senator John Cornyn of Texas and Democratic Senator Mark Warner of Virginia wrote a letter to Biden Tuesday calling to waive sanctions on India. The two lawmakers cited national security and growing cooperation between the US and India as reasons not to impose sanctions.

A law in the US passed in 2017 said that any country that engages in Russian defense and intelligence sectors is to face sanctions from the US.