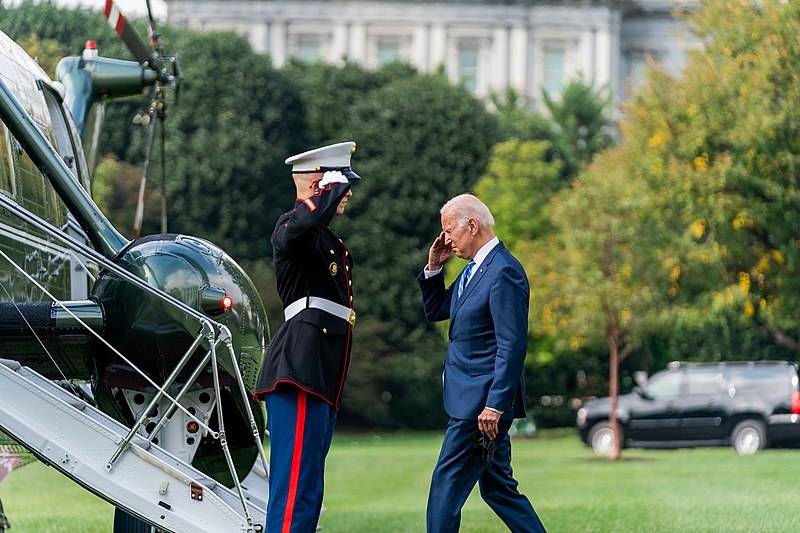 US President Joe Biden paid tribute to former Democratic Senate Majority Leader Harry Reid, who passed away this week. Biden joined the many lawmakers and political figures to express their condolences to the Nevada lawmaker.

Biden issued a statement released by the White House, paying tribute to Reid, and recalled their time working together in the Senate and during Biden’s vice presidency. Reid passed away at the age of 82 years old after a long battle with pancreatic cancer. Reid is survived by his wife Landra, his children, grandchildren, and great-grandchildren.

“Throughout his entire career in the Senate, he led battles over budgets, fought to give our troops what they needed in battle and what they earned and deserved upon their return home. He was a bulwark against efforts to privatize Social Security. He was the champion who created Nevada’s Great Basin National Park. And, he was a leader who believed the Federal Bench should reflect the diversity of America,” said Biden in the statement.

“I’ve had the honor of serving with some of the all-time great Senate Majority Leaders in our history, Harry Reid was one of them. And for Harry, it wasn’t about power for power’s sake. It was about the power to do right for the people,” said Biden.

During Reid’s tenure as the Senate Majority Leader, the Nevada lawmaker passed the Recovery Act along with the landmark Affordable Care Act as well as the Dodd-Frank Wall Street Reform. Reid was also instrumental in repealing the “Don’t Ask Don’t Tell” policy in the military, as well as ratifying the New Start treaty.

The climate activist stressed that politicians such as Biden should understand what the emergency is regarding climate change. Thunberg previously called the recent COP26 climate summit a failure, describing the event as a “PR event” where leaders do not do anything except “actively creating loopholes and shaping frameworks” so as to continue profiting from a “destructive system.”