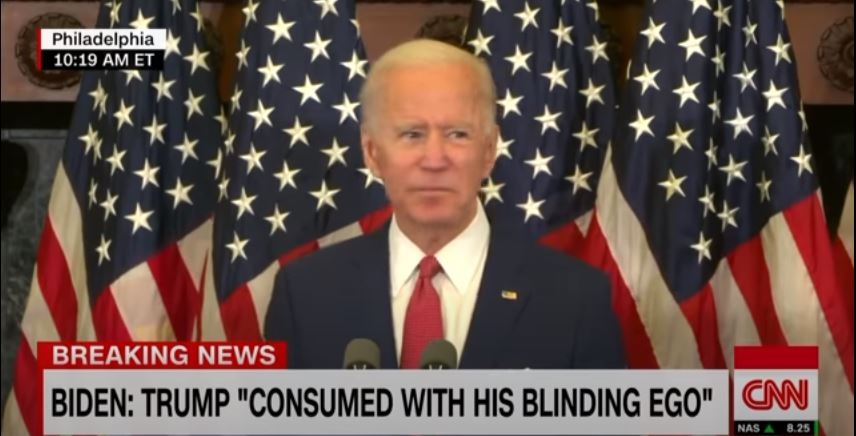 Former vice president Joe Biden took a different approach in being able to handle the ongoing protests that have since escalated to riots and heated altercations. With the protests spreading from one city and one state to another, Biden criticized President Donald Trump for enabling hate and racial injustice into the country.

Biden is slowly doing more in-person meetings since the first time he was spotted outside of his house in Delaware for Memorial Day. In his first public speech in Philadelphia City Hall, the presumptive Democratic nominee stressed the importance of having empathy and unity and further pledged to combat racial injustice and economic divide. Biden also called for Americans to unite in a time of unrest especially as the country is still in the midst of the coronavirus pandemic and economic collapse.

The former vice president also ripped into Trump’s handling of the ongoing unrest. “Donald Trump has turned this country into a battlefield driven by old resentments and fresh fears. Is this who we are? Is this who we want to be? Is this what we want to pass on to our children and grandchildren? Fear, anger, finger-pointing, rather than the pursuit of happiness? Incompetence and anxiety, self-absorption, selfishness?” said Biden.

Biden also reiterated the country’s need for stronger leadership now more than ever. He continued to say that Trump should be looking to the Constitution and the Bible instead of trying to destroy the democracy. He touched on his previous remarks upon meeting with black leaders in his home state of Delaware to establish a national police oversight commission at the Department of Justice.

The death of George Floyd at the hands of police officers have sparked the protests. CNN reports that there are plans for the former vice president to attend George Floyd’s funeral services. Although the Biden campaign did not comment on whether or not Biden will be attending, Floyd’s family’s attorney, Ben Crump, revealed that the former vice president may be attending.