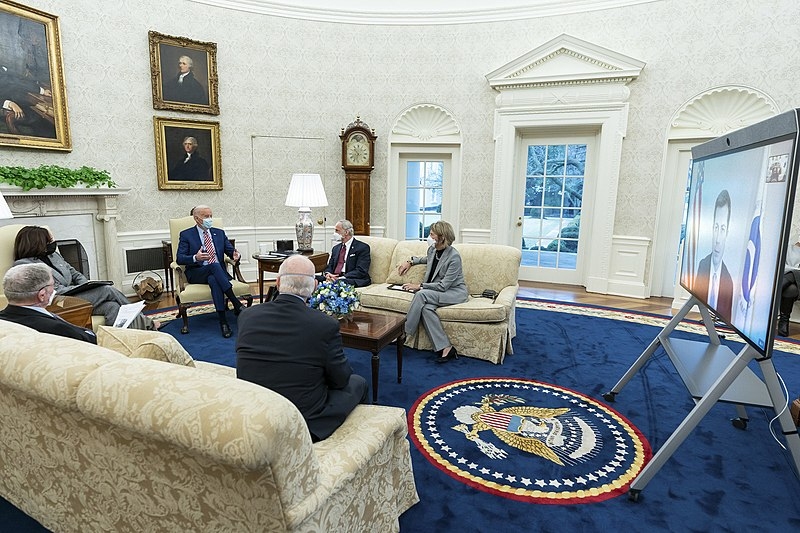 President Joe Biden’s Cabinet nominees are slowly receiving confirmations from the Senate and many other nominees are still in waiting. However, Biden has now suffered a Cabinet loss as OMB director nominee Neera Tanden withdrew her nomination for the post.

Tanden informed Biden of her decision to withdraw her nomination for director of the Office of Management and Budget this week. Tanden’s nomination was already in trouble especially after her Senate hearings when Republican lawmakers including West Virginia Democrat Joe Manchin expressed concerns about her harsh comments on social media. Biden said that he accepted her decision to withdraw while noting that she will serve in his administration in some other capacity.

“I have the utmost respect for her record of accomplishment, her experience, and her counsel, and I look forward to having her serve a role in my administration,” said Biden.

What role Tanden may take up instead under the Biden administration remains to be seen. Tanden’s backers have criticized the Senators’ concerns over her social media comments, describing it as hypocritical and a sexist push to punish her for her tweets. They also compared this to the comments made by former President Donald Trump during his presidency back when he had social media.

In a full Senate hearing, Tanden would only need 51 votes as the upper chamber was evenly split, with Vice President Kamala Harris becoming the tiebreaker. Despite the White House strongly standing by the nomination of Tanden, Manchin’s decision to oppose her confirmation has left the Biden White House seeking a GOP lawmaker to support her.

Even with the recent confirmations, Biden’s Cabinet remains only half full, with several nominees awaiting a full Senate vote and others who have yet to receive a Senate committee hearing. Those confirmed so far include Antony Blinken for State, Alejandro Mayorkas for DHS, Miguel Cardona for Education, Jennifer Granholm for Energy, Lloyd Austin for Defense, Janet Yellen for Treasury, Pete Buttigieg for Transportation, Tom Vilsack for Agriculture, Gina Raimondo for Commerce, Denis McDonough for Veterans Affairs, Avril Haines as DNI, and Linda Thomas-Greenfield as US Ambassador to the UN among others.

Those who are awaiting a full Senate vote are Merrick Garland for DOJ Attorney General, Marty Walsh for Labor, Marcia Fudge for Housing and Urban Development, Michael Regan for Environmental Protection Agency, and Isabel Guzman for Small Business Administration,