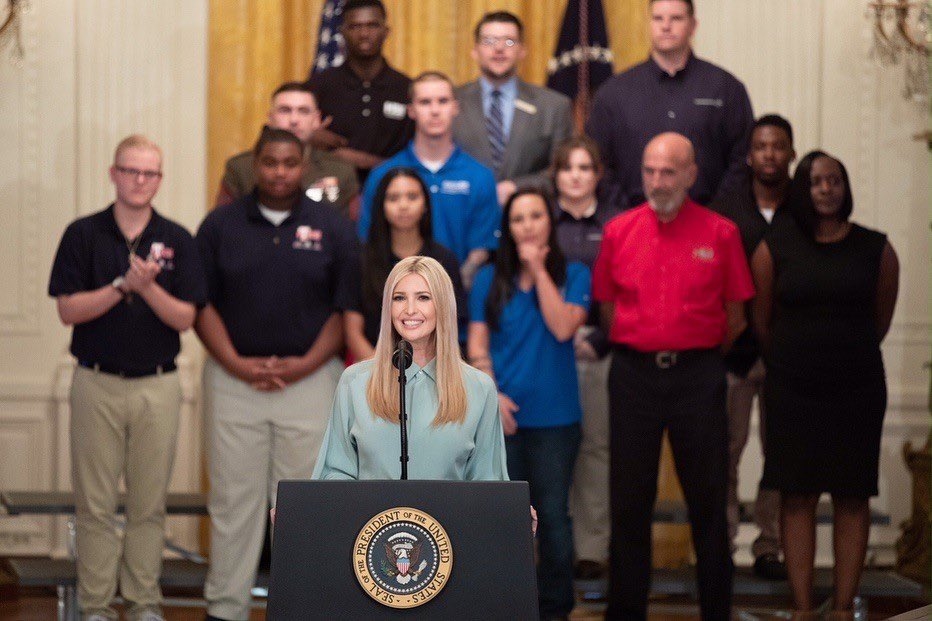 One of the takeaways from the outgoing Trump administration was the outgoing president’s installation of family members and close allies as members of his Cabinet and in White House positions. Among them is his eldest daughter Ivanka Trump, who once said she would not be working in her father’s administration.

Shortly after Donald Trump’s victory in the 2016 elections, Ms. Trump sat down for an interview on “60 Minutes,” where she was pressed on the speculation that she may be up for an administration position. Ms. Trump answered that she would not be. However, it would not be long before Ivanka would do the opposite by working in an advisory role in the White House. Her husband Jared Kushner, would also end up serving as a White House adviser throughout Trump’s term.

“No, I’m going to be a daughter,” said Ivanka during the interview.

In the book titled “Kushner Inc,” it was revealed that Ivanka already had political aspirations or was already seeking to involve herself in her father’s administration. Shortly after the election, she, Jared, and their three children almost immediately relocated to Washington DC. Ms. Trump also tapped Kushner Companies spokeswoman Risa Heller to help her build her image. Ivanka was also revealed to become hands-on in aspects of the transition, including the layout of the White House offices.

“As schematics of the new West Wing layout were worked out, there was a large office designated for Ivanka,” wrote the book’s author Vicky Ward. “She would hire a team of three, which was unusually large for someone with a nebulous White House role.”

Ivanka’s attempts to involve herself in many aspects of her father’s presidency has also reportedly caused a rift between her and her stepmother Melania Trump. In the book by Mary Jordan, “The Art of Her Deal,” Jordan claims that both women had nicknames for each other. Melania would call Ivanka “The Princess” whereas the White House adviser would call her “The Portrait.”

In an interview with CNN, Jordan also revealed that the rift between the two women was often evident in the White House. Jordan cites one instance when Ivanka tried to rename Melania’s office in the East Wing to the “First Family Office,” to which Melania dismissed.