The coronavirus pandemic provides an opportunity to address homelessness 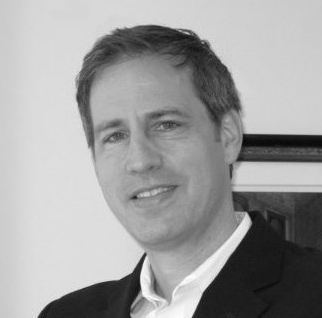 If only the spreadsheets, graphs and strategic analysis that look so great on paper could identify and create great investment portfolios. We’d all be advisors, or rich. And we’d be seeing RIA businesses morphing into robots. The reality for anyone who has survived a few economic cycles is that there has to be smart--no, genius--behind the paper plans. No black box required for that one. It just makes sense.

It’s also not a new idea. Welcome to the age of robo-advisors.

So how did we get to a place where machines have started taking over portfolio management? The lineage of “Advisor to Robo” can be traced in some parts to TAMPs. Turnkey asset management programs (TAMPs) were one of the plug-and-play concepts devised to make it easy for every advisor to have an A-Team lineup of investments at their fingertips. TAMPs started to gain prominence in the late 1990s as a means for financial advisors to outsource investment management. People were enlightened to the advantages of experts and were beginning to understand how much sense this makes.

Advisors add value in many ways, but generally speaking, not by choosing investments and building portfolios. What made the TAMP category intriguing was the rush of thousands of independent broker-dealer reps who wanted to convert their practices to fee-based services without undergoing a full-blown metamorphosis to an RIA. Voila - they could use one service, a TAMP, that had the detailed focus and economies of scale to bring investments – good investments.

The only problem was that TAMPs never got all that big – at least not as big as people were predicting. The technology was often iffy, the investing results lackluster and the expenses sometimes high. TAMPs dropped off the popular radar. And their distant cousins, robo-advisors, rose up to become the new favorites in the wealth management subset of the Fintech world.

As the financial press went largely dormant on TAMPs, a few chosen players did manage to press on. SEI Advisor Network, long mired at about $30 billion of assets, now shows more than $50 billion. A group of talented veterans, backed by private equity, has been busily hiring talent and investing heavily in AssetMark.

However, that distant cousin – the robo-advisor – has not been dormant. It has now moved steadily towards the RIA world. By now firms like Betterment and Wealthfront have become commonplace in the advisor community. But, for the most part, RIAs are sorting through the offerings. They often discover that some so-called “robo-advisors” are not really robo anything, but rather just clever ways of offering formulaic recipes that were little more than “fronts” for other RIAs.

Some have said that if there were to be an “RIA’s robo” it would be Jemstep. The founders of Jemstep were applauded for not hedging their bets and focusing on RIAs solely. (At least regarding putting the RIA in the driver’s seat of investing and also figuring out the client on-boarding conundrum.) They chose partners like TD Ameritrade Institutional and Orion Advisor Services, and large, influential RIAs endorsed the effort. That’s why some were taken aback by Invesco’s acquisition of Jemstep at the outset of this year. Did the robo darling of the RIA world go “mainstream”? The firm stresses that it has not.

And the TAMPs are fighting back. Envestnet Inc. had its IPO and also acquired Yodlee, the financial data aggregator, in what was the billed as the second largest FinTech deal of 2015. By all accounts, it seems that the firm is creating a TAMP that will defeat do-it-yourself investment management. Looks like a good fight--at least on paper.