Is crime getting worse in Australia? 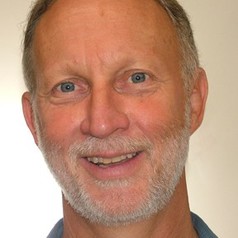 I’ve spoken to a lot of Australians who don’t believe they are safe on the streets anymore… We’ve had bombs and stabbings, it is happening. You see murders every night on our TV. The situation is growing worse and I know in Sydney and Melbourne the police won’t go into certain suburbs. – Pauline Hanson’s One Nation Senate candidate for Queensland, Pauline Hanson, speaking to news.com.au, May 25, 2016.

Former federal MP Pauline Hanson is back on the campaign trail for a Senate seat in Queensland. In a recent interview she said a lot of people she had talked to did not believe they were safe and that with regular stories on crime in the media she believes the situation is getting worse.

The Conversation asked Pauline Hanson’s office to provide a source to support her statements. Her spokesperson said by email that:

Research shows that Australians' perceptions of crime and justice aren’t always in line with what crime statistics show. But rather than basing judgements about crime trends on a particular incident or spate of incidents, or on how crime is portrayed in the news, it’s important to look at the trends for all crime – or, at the very least, all reported crime.

Drawing on statistics from the past 15 years, we can fact check many of Hanson’s claims – although not those based only on anecdotal evidence.

Has the murder rate in Australia gone up?

The ABS does not publish long-term data on recorded rates of assault. However, it has conducted a representative sample survey of the Australian population over the last few years and asked Australians about personal experiences of crime.

One of the questions in the survey asked respondents whether, in the last 12 months, they had been victims of assault or threatened assault.

The ABS figures suggest that assault is becoming less prevalent, not more prevalent.

In 2008-9, 3.1% of Australians over the age of 15 said they had been victims of assault in the last 12 months. All the figures since then have been lower.

In 2014-15 (the most recent year available) 2.1% of respondents said they had been victims of assault.

What about bombs, stabbings and police “no go” areas?

There are no national data on the number of bombings, so I can’t answer that question with any statistical evidence.

As to stabbings, according to the ABS, since 2002 both the number and proportion of knives used during the commission of a serious crime like murder, attempted murder, sexual assault or robbery have also declined.

There is no official empirical evidence that police “won’t go into certain suburbs”. Hanson’s evidence to support this point is anecdotal only.

What about other crimes?

National crime statistics show that since the year 2000 the recorded rate of:

Public perceptions of crime and justice are commonly out of kilter with the facts. Surveys conducted by the New South Wales Bureau of Crime Statistics and Research show that most people think crime is increasing when it is not.

Pauline Hanson’s statement about violent crimes – including bombings, stabbings and murders – “growing worse” is wrong on the most recent official data.

Some crimes – methamphetamine use and identity theft – are growing worse. But there is no official empirical evidence to support Hanson’s assertion that police won’t go into particular suburbs.

As for people believing they don’t feel safe on Australian streets, surveys show that most people think crime is increasing when it is not. – Don Weatherburn

This is a sound analysis that looks at longer-term national crime trends to determine if the above statements are correct. The crime categories mentioned have, in fact, declined nationally.

More recent data also supports this. In New South Wales, the number of incidents and rate of homicide have declined over the last seven years up to and including December 2015. In Victoria, there was a 5% decrease in the homicide rate in 2014-2015, and the number of homicide incidents reported has been stable over the last two years up to and including December 2015.

While some areas in the community may require a different policing response due to perceived threat levels to policing operations, it would be surprising to find that there are police “no go” zones in Australia.

I agree with the author’s verdict. – Terry Goldsworthy

Don Weatherburn receives funding from the NSW government, the ARC and the National Drug and Alcohol Research Centre.

Terry Goldsworthy does not work for, consult, own shares in or receive funding from any company or organization that would benefit from this article, and has disclosed no relevant affiliations beyond the academic appointment above.